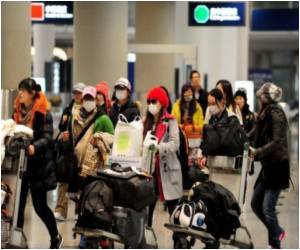 Overworked doctors are struggling to provide care to the sick and infirm evacuated from hospitals to ill-equipped shelters after the giant earthquake and tsunami that ravaged Japan.

Public health professionals have warned of flu outbreaks in the congested shelters -- often little more than school gyms with no heating or running water, meaning the medical treatment on offer is basic. At best.

Many survivors were left without their regular medications when the tsunami waters destroyed their houses and swallowed entire picturesque towns in northeast Japan over a week ago.


According to the Yomiuri Shimbun newspaper, at least 15 survivors, most of them elderly, have died since the disaster due to stress and fatigue exacerbated by a cold snap that saw blizzards sweep across the region.

The Tsunami is a series of large ocean waves, caused by an underwater activity, like an earthquake, volcanic eruption or a landslide, which displaces a large body of water
Advertisement
In the port town of Kesennuma, the five-storey Inawashiro Hospital had to evacuate all of its 47 inpatients, most of them bedridden elderly with dementia, post-stroke disabilities and other chronic conditions.

Eleven were taken to be with their relatives but the remaining, including a 100-year-old woman, have had to make do with futon mattresses spread on the classroom floors of a nearby elementary school.

The school, which houses another 400 evacuees, has no electricity, no running water and no heating. Like most shelters, it offers minimum drinking water and food, and little else.

Three physicians and 11 nurses, many of whom lost their own houses to the tsunami, use syringes to draw sputum from the throats of patients in a bid to provide some basic relief.

At night they carry candles through the otherwise pitch-black classrooms to check on those in their care.

"In this cold weather, some patients' conditions are deteriorating. We will do our best to keep them as they are until they can be moved," head doctor Mokesada Moriwaki told AFP.

The tsunami tore through the first and second floors of the Inawashiro Hospital, leaving behind nothing but debris.

"Clearing out and bringing back the power. Those are the priorities for this community," said Moriwaki, who lost his house in the disaster and has joined his patients sleeping in the school.

"Unless we do that, we cannot protect lives," he said.

But power is being restored at a frustratingly slow pace and an eventual return to his hospital seems far away.

The medical aid group Doctors Without Borders (MSF), which has mobile teams working in northern Miyagi prefecture, said its main concern was chronic diseases among the elderly, including hypertension and diabetes.

With Japan's fast-greying population, the elderly have been prominent victims of this disaster.

"Their treatment has been interrupted so our doctors are looking at restarting the treatment to avoid these elderly people falling into an acute situation," said Eric Ouannes, the general director of MSF Japan.

"For the people affected by the earthquake as well as the tsunamis, there are a number of issues, like the cold and the lack of food and water.

"And the most urgent need is blankets to protect the most vulnerable sections of the population," Ouannes said, adding that there had been numerous cases of hypothermia.

Although food and general supplies are improving even in hardest-hit areas, a lack of petrol has stopped diabetic patients from driving to clinics to receive insulin.

The power outages have also meant no dialysis and some 800 kidney patients in Iwaki city in Fukushima prefecture had to be bussed to Tokyo to find treatment.

Fatigue is taking its toll on medical staff who have been working impossibly long shifts ever since the disaster and for whom food and water is also a problem.

Lee Yang-Sung, a surgeon from Tohoku University Hospital, was working at Inawashiro Hospital on the day of the tsunami and has stayed on to help look after the patients that were evacuated to the shelter.

"A lot of people have been having respiratory problems. We can monitor it, but we cannot do much more than that," Lee said.

"We don't have hot water to keep their bodies clean and bed sores are becoming increasingly common.

"We are reaching our limit."

Nearly 80 years in India, the Red Cross Society is proud of its services, but remains concerned over its future.
Advertisement
<< Understanding of Cystic Fibrosis Improved by New Pig Model
Over 40 Percent of Chinese Lunch Boxes are Toxic: Survey >>

Blood Donation - Recipients Accident and Trauma Care Indian Medical Journals Drug - Food Interactions The Essence of Yoga Vent Forte (Theophylline) A-Z Drug Brands in India Find a Doctor Drug Side Effects Calculator Sanatogen
This site uses cookies to deliver our services. By using our site, you acknowledge that you have read and understand our Cookie Policy, Privacy Policy, and our Terms of Use