Over 40 Percent of Chinese Lunch Boxes are Toxic: Survey 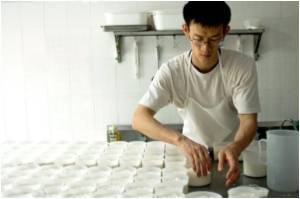 Dong Jinshi, executive vice-president of the International Food Packaging Association, said at a press conference that out of 17 disposable box manufacturers they had probed, only 10 were producing quality products.

One of the 17 producers was found to still be selling foam lunch boxes, which have been banned since 2001 as they release toxic substances.


Dong said the association reported its findings to the Beijing Bureau of Quality and Technical supervision. The bureau quickly took action and closed the factory making the foam lunch boxes.

A UK food safety watchdog has said that the recycled cardboard boxes used for foods, such as breakfast cereals, pose no health risk.
Advertisement
According to the China Daily, the association revealed nearly 15 billion disposable lunch boxes are used throughout the nation and over 90 percent are made of plastic.

Some makers preferred using cheap toxic materials, including industrial calcium carbonate, in an attempt to keep down production costs.

The association also announced that another of its investigations, which revealed that napkins sold in some areas are of low quality. Some of the napkins, which were recycled from waste paper, were found to be extensively bleached with brightener.

"Among some 40,000 restaurants in Beijing, I believe more than half of them are using the substandard napkins," said Dong.

Nanoparticles in Cosmetics and Food Packing may Pose Health Risks

There may be a considerable threat to people's health through Nanoparticles, which are widely used, in cosmetics and food packaging materials.
Advertisement
<< Japan's Evacuation Shelters Face Medical Crisis
Chidambaram Expressed Concern Over Drug Addiction Among Ind... >>

The Essence of Yoga Diaphragmatic Hernia Blood - Sugar Chart A-Z Drug Brands in India Drug Interaction Checker Turmeric Powder - Health Benefits, Uses & Side Effects Nutam (400mg) (Piracetam) Vent Forte (Theophylline) Accident and Trauma Care How to Reduce School Bag Weight - Simple Tips
This site uses cookies to deliver our services. By using our site, you acknowledge that you have read and understand our Cookie Policy, Privacy Policy, and our Terms of Use