It's an Uphill Task for China's Working Mothers 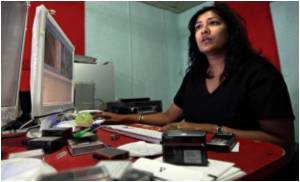 If Ellen Wu had been living 60 years ago in Maoist China, she would have been encouraged to work and offered free day care for her daughter. Relatives would have eagerly pitched in to help her.

In today's China, Wu waited 10 years after her marriage to give birth and spent just five months at home before heading back to work as a translator. A nanny cares for her daughter, now two years old.

A new study has found that childless women are less sympathetic than men to a female colleague trying to juggle work and home commitments.
Advertisement

"I just did not have other choices -- if my current career momentum is interrupted, I may well end up being jobless," said the 37-year-old Wu, adding she had wanted to stay at home much longer.


Many women in China's army of working mothers -- an estimated 320 million strong, according to marketing firm Ogilvy and Mather -- are caught in the same conundrum as Wu, unsure how to balance the ever-mounting demands on their time.

Mothers who work part-time raise healthier children than their counterparts who are employed full- time or stay at home.
Advertisement
Women were pushed to take jobs when the Communist Party came to power in China in 1949. As revolutionary leader Mao Zedong put it, "women hold up half of the sky".

Following decades of rapid social change and modernisation, Chinese women say the task is much harder. Child care is expensive, bosses are less flexible and husbands are no longer the sole breadwinners in Chinese families.

"I think a woman should have her own job and she cannot fully depend on the man," said Wu.

"For me, financial independence in the family is a must," said Wu, who earns 250,000 yuan (36,600 dollars) a year, more than five times the average per capita salary recorded in Beijing last year.

The Ogilvy report released in late March said mothers "are increasingly playing catch-up and seeking fulfillment in their professional pursuits", creating "areas of potential conflict" with their spouses.

Wu said her husband supported her for 18 months while she was studying abroad, and she felt obliged to report every major expense she had during this time, an experience she described as "humiliating".

Beyond pressures on the home front, it is becoming increasingly difficult in China to find affordable child care.

The Chinese tradition of grandparents helping young couples with their kids still exists but is fraught with difficulties, from conflicts over how to raise the children to the fading strength of the elder generation.

Wu said she could not leave her daughter with her 72-year-old mother, as she was unable to care for her properly.

Private facilities have thrived on strong demand and the shortage of public centres, with some charging more than 33,000 yuan a year per child -- more than a year at university would cost and far beyond the reach of ordinary Chinese.

A survey covering 1,340 parents of preschoolers in Beijing and Shanghai found that nearly 40 percent of mothers temporarily quit their jobs to take care of their offspring.

Around 13 percent stopped working for two years or longer, according to the survey, published online last year by the government-linked Women's Studies Institute of China.

"Most of the parents surveyed, more often mothers than fathers, said the shortage of public day care service has led to a stark clash between parenting and work," the institute said in its report.

Deng Yan, the marketing manager for Babycare, a private child care chain based in Beijing targeting affluent parents, said the more successful a woman is in her career, the less likely she would stay at home after childbirth.

"The child is very important to them. But their career is equally important. They are not ready to abandon their own way of living for the child," she said.

Sometimes, however, the pressure becomes too great.

Ma Jun, 32, is a researcher at a government-linked science institute and used to be a key member of the core research team, often working overtime until midnight or beyond.

But Ma, the mother of a two-year-old boy, has now downgraded her professional ambitions, moving to a lower-visibility post not only to satisfy her demanding boss, but also to ease her troubled conscience.

"I am not able to focus on my work as hard as before," Ma said.

"Promotion and research achievements used to be my goals. But now family takes the priority."

Source: AFP
TAN
Advertisement
<< Glassphemy! Smashing Way to Save the Planet
If You're a Woman, Never Consult a Female Friend on Outfit ... >>