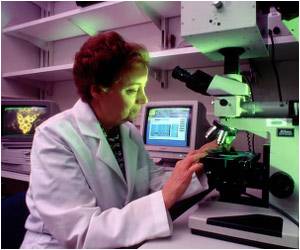 A new study suggests that chronic exposure to dim light at night can lead to depressive symptoms in rodents. Despite this these negative effects can be reversed simply by returning to a standard light-dark cycle.

While hamsters exposed to light at night for four weeks showed evidence of depressive symptoms, those symptoms essentially disappeared after about two weeks if they returned to normal lighting conditions.

Even changes in the brain that occurred after hamsters lived with chronic light at night reversed themselves after returning to a more normal light cycle.


These findings add to the growing evidence that suggest chronic exposure to artificial light at night may play some role in the rising rates of depression in humans during the past 50 years, said Tracy Bedrosian, lead author of the study and doctoral student in neuroscience at Ohio State University.

The different types of dizziness can be differentiated based on clinical symptoms and tests conducted on the patients.
Advertisement
"The results we found in hamsters are consistent with what we know about depression in humans," Bedrosian said.

But the new study, published online in the journal Molecular Psychiatry, also offers some hope.

"The good news is that people who stay up late in front of the television and computer may be able to undo some of the harmful effects just by going back to a regular light-dark cycle and minimizing their exposure to artificial light at night," Bedrosian said. "That's what the results we found in hamsters would suggest."

This study is the latest in a series out of Nelson's lab that have linked chronic exposure to light at night to depression and obesity in animal models.

The new study found that one particular protein found in the brain of hamsters -- and humans -- may play a key role in how light at night leads to depression.

They found that blocking effects of that protein, called tumor necrosis factor, prevented the development of depressive-like symptoms in hamsters even when they were exposed to light at night.

The study involved two experiments using female Siberian hamsters, which had their ovaries removed to ensure that hormones produced in the ovary would not interfere with the results.

Then, these hamsters were moved back to a standard light cycle for either one week, two weeks or four weeks before testing began.

They were then given a variety of behavior tests. Results showed that hamsters exposed to chronic dim light at night showed less total activity during their active period each day when compared to those in standard lighting conditions.

Those hamsters exposed to dim light also showed greater depressive symptoms than did the others-- such as less interest in drinking sugar water that they usually enjoy.

But within two weeks of returning to a standard light cycle, hamsters exposed to dim night light showed no more depressive-like symptoms than did hamsters that always had standard lighting. In addition, they returned to normal activity levels.

After the behavioral testing, the hamsters were sacrificed and the researchers studied a part of their brains called the hippocampus, which plays a key role in depressive disorders. Findings showed that hamsters exposed to dim light showed a variety of changes associated with depression.

Most importantly, hamsters that lived in dim light showed increased expression of the gene that produces tumor necrosis factor. TNF is one of a large family of proteins called cytokines -- chemical messengers that are mobilized when the body is injured or has an infection. These cytokines cause inflammation in their effort to repair an injured or infected area of the body. However, this inflammation can be damaging when it is constant, as happens in hamsters exposed to dim light at night.

"Researchers have found a strong association in people between chronic inflammation and depression," said Nelson, who is a member of Ohio State's Institute for Behavioral Medicine Research.

"That's why it is very significant that we found this relationship between dim light at night and increased expression of TNF."

In addition, results showed that hamsters that lived in dim light had a significantly reduced density of dendritic spines -- hairlike growths on brain cells which are used to send chemical messages from one cell to another.

Changes such as this have been linked to depression, Bedrosian said.

However, hamsters that were returned to a standard light-dark cycle after four weeks of dim light at night saw their TNF levels and even their density of dendritic spines return essentially to normal.

In a second experiment, the researchers tested just how important TNF might be in causing the negative effects seen in hamsters exposed to light at night. In this experiment, some hamsters were given a drug called XPro1595, which is a TNF inhibitor -- meaning that it negates the effects of some forms of TNF in the brain.

These results provide further evidence of the role TNF may play in the depressive symptoms seen in hamsters exposed to dim light. But the fact that XPro1595 did not affect dendritic spine density means that more needs to be learned about exactly how TNF works, Nelson said.

Ultraviolet radiations are electromagnetic radiations with wavelengths shorter than the shortest wavelength of visible light, " the rays beyond the rainbow".
Advertisement
<< Study Shows That Cognitive Changes may be Only Sign of Feta...
Alcoholism and HIV Infection Have Different Effects on Visu... >>

Pleural effusion is the accumulation of fluid in the space between the two coverings (pleura) of the lung. The ability of the lung to expand is affected.
Advertisement
News A-Z
A B C D E F G H I J K L M N O P Q R S T U V W X Y Z
What's New on Medindia