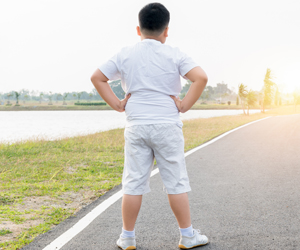 Insulin nasal spray delivers insulin directly into the brain and improves brain connections. If administered among obese and prediabetic adolescents it is found to have better cognition, memory, mood and appetite.

Researchers at the Modern Diet and Physiology Research Center and Department of Pediatrics at Yale School of Medicine are investigating whether insulin delivered directly to the brain by nasal inhalation can enhance communication between brain regions and improve cognition in adolescents with obesity and prediabetes. Led by Dr. Dana Small, preliminary findings from a two-year study suggest that intranasal insulin improves brain and cognitive function in adolescents with obesity.

Insulin is primarily recognized for its role in regulation of blood sugar and metabolism. But insulin also travels to the brain where it influences a wide range of functions including memory, mood, and appetite. In type 2 diabetes, cells throughout the body become insensitive to insulin and when this happens in the brain, it may lead to cognitive impairment and an increased risk of developing dementia later in life..


Capitalizing on the fact that intranasal inhalation of insulin delivers insulin directly to the brain, Dr. Small and her team are investigating the link between brain insulin sensitivity and cognitive function in adolescents with obesity. Preliminary cross-sectional findings presented this week at the annual meeting for the Society for the Study of Ingestive Behavior in Utrecht, Netherlands, found that intranasal insulin delivery improved performance on a memory task in adolescents with high BMI. Compared to inhalation of a placebo, the intranasal insulin also significantly increased connectivity between left and right dorsolateral prefrontal cortex - key brain areas for cognitive performance and cognitive control.
Advertisement
While data collection is ongoing, the preliminary cross-sectional findings suggest that not only is obesity associated with poorer memory, but that this impairment can be reversed by intranasal insulin. The researchers plan to continue this work to better understand the role of factors such as body fat levels and diabetic status on neurocognition, as well as evaluation of the effects of changes in these measures over time.

Insulin Spray Could Help Treat 'Brain Diabetes'
New studies are showing that insulin could play a key role in treating 'diabetes of the brain'....

Brain of Obese Children Responds More to Sugar
Growing number of America's obese youth may have a heightened psychological reward response to ......

Insulin Hormone
Insulin is a natural hormone that controls our blood sugar. Learn about types of insulin and devices...