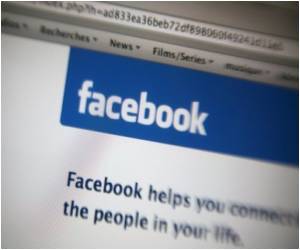 A report says that doctors in Britain are facing the increasing problem of infatuated patients trying to flirt or harass them by sending messages on social networking sites like Facebook and Twitter.

According to the Medical Defence Union (MDU), the number of those seeking help to deal with unwanted advances has risen by a third as social networking sites, as well as emails and text messages, made contact easier.

Keir Starmer, the Director of Public Prosecutions, is in talks with lawyers, journalists and police about how to deal with the growing number of abusive tweets and posts on social networking sites.
Advertisement

The worst cases saw police called in and injunctions taken out to prevent doctors from being stalked or harassed, the Daily Mail reports.


According to the report, some doctors even found themselves being falsely accused by infatuated patients of carrying on a relationship with them, leaving them in danger of being struck off.

A new study in Britain has found that nearly half of the people tend to check their Facebook or Twitter accounts and chat with their friends even when eating with their partner.
Advertisement
In one case, a male GP began to receive letters and gifts from a patient with mental health problems.

The woman was told the contact was inappropriate, but continued to send letters and also sent repeated friend requests on Facebook.

After her care was transferred to another doctor in the practice, she told the General Medical Council she had had a sexual relationship with the first GP.

According to the report, the doctor denied this and was cleared of any wrongdoing, but only after a six-month investigation.

The report said that between 2002 and 2006, the MDU, Britain's biggest insurer of GPs, received 73 requests for help in dealing with unwanted advances.

A British lawmaker has said that existing laws may not be able to control offensive or anti-social behaviour on social networking sites likes Facebook and Twitter.
Advertisement
<< Blaming Homosexuals, Obama and Romney for Hurricane Sandy I...
In Offing Is Drug-free Approach to Ease Blood Pressure >>

Different Medical Specialists and their Area of Medical Expertise
News Archive
News Resource
Advertisement
News Category
Which is a Better Form of Exercise: Daily or Weekly? First Phase of Foot-and-Mouth Disease Vaccination Shocking News: Polio Cases Return After a Decade in the US Death Caused by a Rare Type Amoeba: Research Study Japan Approves Smallpox Vaccine for Monkeypox
More News
Sign up for Wellness Consult a Doctor Sign up for Selfcare