Blaming Homosexuals, Obama and Romney for Hurricane Sandy Is A Christian Preacher 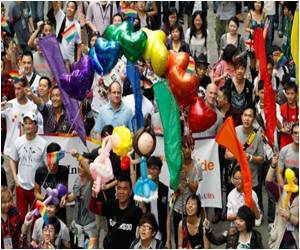 In a wordy, and occasionally rambling blog on his website, Chaplain John McTernan linked Hurricane Sandy, and a number of other recent weather-related trends and natural disasters, on LGBT community and President Barack Obama's backing of marriage equality.

While most of McTernan's wrath is directed at Obama, he even blamed GOP candidate Mitt Romney, too.


"God is systematically destroying America," McTernan wrote, adding: "Just look at what has happened this year."

According to the Huffington Post, calling Hurricane Sandy "the most powerful hurricane on record" that "could do catastrophic damage to the entire Northeast," McTernan wrote: "Obama is 100 percent behind the Muslim Brotherhood which has vowed to destroy Israel and take Jerusalem. Both candidates are pro-homosexual and are behind the homosexual agenda. America is under political judgment and the church does not know it!"

Iran's president says that supporting homosexuality is the stuff of hardline capitalists who do not care about real human values.

"New Orleans is still hosting Southern Decadence with open homosexuality manifesting in the streets of the city," he wrote in a blog.

"It could be that God is putting an end to this city and its wickedness. The timing of Hurricane Isaac with Southern Decadence is a sign that God's patience with America's sin is coming to an end," he had written.