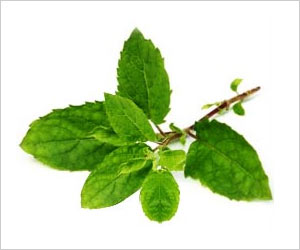 Indian researchers have successfully sequenced the genome of Holy Basil (tulsi) in an attempt to find the therapeutic properties of the herb.

Researchers at Council of Scientific and Industrial Research (CSIR), Lucknow, India, said the gene sequencing will help synthesize secondary metabolites in basil for therapeutic properties, which has been made possible with the sequencing of the whole genome of the herb.

All parts of the herb - dried leaves, seeds and the whole plant - are used in Ayurveda, Greek, Roman, Siddha and Unani. Basil is known for its organic compounds like phenylpropanoids and terpenoids which are known to have therapeutic properties.


The gene sequence opens the possibility of identifying genes involved in producing therapeutic molecules and produce it in labs.

According to the researchers, the development of molecular tools and genomic resources will accelerate molecular breeding and ultimately the utility of basil in medical community.

Framework for New Recommendations on Reporting Incidental Findings in Gene Sequencing Published
Researchers have come out with a framework on reporting incidental findings in clinical exome and .....

Gene Sequencing and Proper Diagnosis
Diagnoses for seven children out of twelve who were experiencing developmental delays and ......

Abnormal Gene That Launches Rare Childhood Leukemia Identified By Gene Sequencing Project
Research has identified a fusion gene responsible for almost 30 percent of of a rare subtype of ......