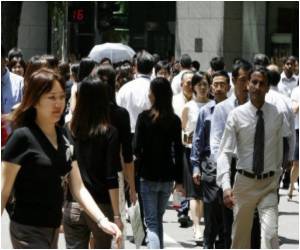 An Indian 'doctor' was further penalized for practicing medicine without a certificate by a Singaporean court when it increased the jail term from one week to three months.

The court took this decision on an appeal made by a local prosecutor who claimed that the earlier sentence was not in line with traditional judgments.

Kulandaivelu Padmanaban had been operating an unlicensed clinic and practicing medicine illegally since 2005. His patients were poor migrant workers in 'Little India',  an Indian-goods shopping precinct, and who were unable to pay qualified physicians for treating them. He was arrested on the 10th of February, 2010, and sentenced to pay a hefty fine with a week's imprisonment in September, 2010.


After the appeal, Jusitce V.K.Rajah declared that Kulandaivelu be jailed for two months for running the medical clinic and three months for unauthorised practice of medicine and that these two sentences would run concurrently. He also directed the prosecution to provide guidelines for Government ministries in conducting investigations since some important details were missing in this case.
Advertisement
A Ministry of Health spokesperson said, "We will continue to perform regulatory surveillance to detect such cases if any. If such cases are detected, we would have no hesitation to prosecute them in court, given the risks to public safety that compromises the high standard of medical care in Singapore."

Accident and Trauma Care Drug Interaction Checker Nutam (400mg) (Piracetam) A-Z Drug Brands in India Diaphragmatic Hernia Hearing Loss Calculator The Essence of Yoga Blood Pressure Calculator Color Blindness Calculator Pregnancy Confirmation Calculator
This site uses cookies to deliver our services.By using our site, you acknowledge that you have read and understand our Cookie Policy, Privacy Policy, and our Terms of Use  Ok, Got it. Close
×