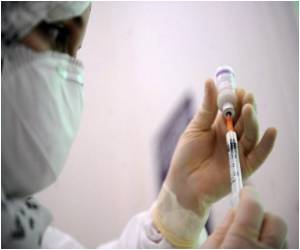 Andrew Wakefield, the disgraced doctor who claimed a link between MMR and autism, planned secret businesses intended to make huge sums of money, in Britain and America, from his now-discredited allegations.

The Wakefield scheme is exposed today in the second part of a BMJ series of special reports, "Secrets of the MMR scare", by investigative journalist Brian Deer. Last week we revealed the scientific fraud behind the appearance of a link between the vaccine and autism. Now Deer follows the money.

Drawing on investigations and documents obtained under the Freedom of Information Act, the report shows how Wakefield's institution, the Royal Free Medical School in London, supported him as he sought to exploit the MMR scare for financial gain.


It reveals how Wakefield met with medical school managers to discuss a joint business even while the first child to be fully investigated in his research was still in the hospital, and how just days after publication of that research, which triggered the health crisis in 1998, he brought business associates to the Royal Free to continue negotiations.

The British Medical Journal (BMJ) charged a study that unleashed a major health scare by linking autism to a triple vaccine as an elaborate fraud, on Thursday.
Advertisement
One business, named after Wakefield's wife, intended to develop Wakefield's own "replacement" vaccines, diagnostic testing kits and other products which only stood any real chance of success if public confidence in MMR was damaged.

Documents reveal the planned shareholdings of Wakefield and his collaborators, and how much Wakefield expected to receive personally. Financial forecasts made available for the first time today show Wakefield and his associates predicting they could make up to £28 million ($43,367,082; 33,290,350) a year from the diagnostic kits alone.

"It is estimated that the initial market for the diagnostic will be litigation driven testing of patients with AE [autistic enterocolitis] from both the UK and the USA," said a 35 page "private and confidential" prospectus obtained by Deer, aimed at raising an initial £700,000 from investors. "It is estimated that by year 3, income from this testing could be about £3,300,000 rising to about £28,000,000 as diagnostic testing in support of therapeutic regimes come on stream."

Deer's investigation also reveals today that Wakefield was offered support to try to replicate his results, gained from just 12 children, with a larger validated study of up to 150 patients, but that he refused to carry out the work, claiming that his academic freedom would be jeopardised. His research claims have never been replicated.

Dr. Andrew Wakefield, who triggered panic waves across UK over the MMR vaccine by linking it to autism, is now in danger of being struck off the medical register.
Advertisement
Advertisement