India Stands With Asia Pacific Nations To Eradicate Malaria By 2030 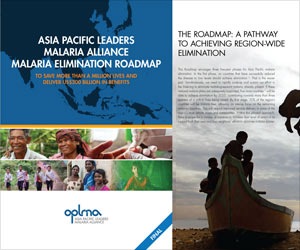 Indian Prime Minister Narendra Modi has joined other Asia Pacific Leaders to take a step closer to eradicate malaria. In a meeting held in Malaysia in the past weekend, along with the 17 other East Asia Summit (EAS) Leaders, Modi endorsed a detailed plan to eliminate the disease throughout the region by 2030.

Malaria is caused by a parasite that enters blood through the bite of an infected mosquito. It is characterized by fever, vomiting, shivering, sweating and other symptoms.
Advertisement
‘The development of resistance to antimalarial drugs poses one of the greatest threats to control the disease, which results in increased malaria morbidity and mortality.’

"We are committed to the Roadmap's six priority areas and called for a rapid and sustained scale-up effort in the Mekong region to prevent the spread of drugresistant malaria,"read the official EAS Chairman's statement issued after the Summit.


Inclusion of malaria in EAS Leaders' discussions on crucial issues such as regional security, territorial disputes and economic partnership indicates the importance they assign to tackling the disease.

Encyclopedia section of medindia gives general information about About Malaria Causes
Advertisement
"Asia Pacific is facing a silent malaria emergency - one that could have a disastrous impact on the region as a whole, as well as on global health security," said Dr Nafsiah Mboi. Envoy of the Asia Pacific Leaders Malaria Alliance (APLMA). "Having halved deaths from malaria in just 15 years, the failure of the most effective antimalarial drugs in the Greater Mekong Subregion threatens much of that hard won progress."

Asia Pacific malaria elimination decreases the impact of the disease for over half the world's population - and it also removes the threat of emerging drug resistant malaria for the other half.

The plan was developed in close consultation with leaders and national malaria programs throughout Asia Pacific, and with the help of technical experts from the Asian Development Bank, the World Health Organization (WHO) and many other partner organizations. If fully implemented between now and 2030, the plan will save more than a million lives and deliver US$ 300 billion in economic benefits.

"We commend the foresight of our leaders in making this crucial commitment to eliminating malaria," added Dr Mboi.

The Summit also issued a related statement on Enhancing regional health security relating to communicable diseases with epidemic and pandemic potential. To successfully tackle health security threats, including malaria, the region's governments, experts - and communities - must be urged to work together in new and unprecedented ways: between countries, across sectors and multiple technical specialties.

The EAS is an annual forum among the leaders of countries in East and South East Asia, as well as Russia and the United States, and immediately follows the Association of Southeast Asian Nations (ASEAN) Leaders' meeting. This year, heads of government met over 21-22 November to discuss issues of critical importance to the region.

Malaysia was a fitting host for the regional malaria elimination discussion: It is one of the founding members of the Asia Pacific Malaria Elimination Network (APMEN), a network of 18 countries committed to the goal of a malariafree Asia Pacific by 2030. India joined APMEN in early 2015.

"We are driven by a passion for seeing malaria conquered, and the endorsement of the APLMA Roadmap builds on the work already done by individual countries with the assistance of APMEN and other regional bodies, such as the WHO," commented Dr Chong Chee Kheong, Director of Disease Control for the Malaysian Ministry of Health and Chair of the APMEN Advisory Board. "The Roadmap is an important and necessary step towards the elimination of malaria in Malaysia within the next five years and in Asia Pacific by 2030."

With the growing threat of multi-drug resistant malaria in the Greater Mekong Subregion, malaria elimination is clearly a top priority for the region.

Recent progress in halting the spread of malaria has hinged on the use of insecticide-treated bed nets and spraying programs that kill mosquitoes.
Advertisement
<< Understanding How Disruptions in Cell Structures can Lead t...
Evolution of HIV-Infected Patients Who are Late for Anti-Re... >>

Post-Nasal Drip Sinopril (2mg) (Lacidipine) Loram (2 mg) (Lorazepam) A-Z Drug Brands in India Drug Side Effects Calculator Find a Hospital Indian Medical Journals Nutam (400mg) (Piracetam) Blood Donation - Recipients Accident and Trauma Care
This site uses cookies to deliver our services.By using our site, you acknowledge that you have read and understand our Cookie Policy, Privacy Policy, and our Terms of Use  Ok, Got it. Close
×