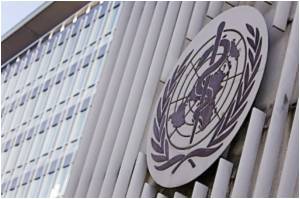 A regional health adviser to the World Health Organisation (WHO) has warned that India and several other countries in South East Asia face an imminent threat from the dreaded yellow fever virus.

According to Dr. A.P. Dash, who is one of the participants in a WHO-sponsored conference on yellow fever being held at Colonia Santa Maria in Goa, the threat of yellow fever hitting India is real because the mosquito that carries dengue is also a carrier of the yellow fever virus.

He warned that if the virus hits India, it could wipe out a large part of the country's population.


The three-day conference, which concludes on March 25, will see experts deliberating on the yellow fever threat.

A five-week old baby contracted yellow fever virus through breast milk.
Advertisement
Among those attending the conference are Dr. R.K. Srivastava, Director General, Health Services, and WHO experts Drs.John Woodall and Gilles Poemerol, who are working in Brazil and Singapore respectively.

Yellow fever is a viral viral disease, endemic to tropical regions of Africa and the Americas. It principally affects human and non human primates and is transmitted the mosquito Aedes aegypti, the same mosquito that transmits the dengue virus.

India has thus far successfuly kept the virus away, but the frequency of yellow fever moving from the rain American rain forest to urban areas is increasing.