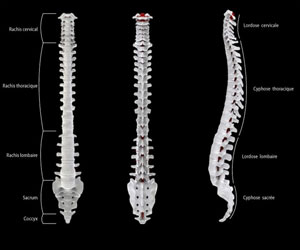 According to a Henry Ford Hospital study, patients treated with an epidural steroid injection for back pain relief are at increased risk of bone fractures in the spine.

Researchers say the risk of fracture increased 29 percent with each steroid injection, a finding they believe raises patient safety concerns.

"For a patient population already at risk for bone fractures, steroid injections carry a greater risk that previously thought and actually pose a hazard to the bone," says Shlomo Mandel, M.D., a Henry Ford orthopedic physician and the study's lead author.


Dr. Mandel recommends that patients being treated with steroid injections be told about the risks associated with future fractures and undergo bone testing.

Yoga Linked to Back Pain Relief

Study says yoga relieves back pain better than conventional medical therapy.
Advertisement
The study was accepted as a Best Paper to be presented Thursday, Oct. 25 at the annual meeting of the North American Spine Society in Dallas.

Patients are typically treated with anti-inflammatory drugs and physical therapy. If symptoms persist, an epidural steroid is often prescribed to alleviate pain and improve function. However, steroid use has been linked to diminished bone quality.

Suffering from acute or chronic lower back pain? There is an innovative treatment option at the Advanced Physical Medicine Center locally in Fairview, N.J, which will get you back on your feet.
Advertisement
<< In Northern and Western India Dengue Cases on the Rise
An Animal Model of Typhoid Fever Could Lead to Better Vacci... >>

Scaphoid Fracture of The Wrist
News Archive
News Resource
News Category
Juul E-Cigarettes Banned from US Market Busy Americans Get The Least Sleep At 40 Years Deepika Padukone Rushed To Hospital After Sudden Chest Pain Vegans, Vegetarians and Fish Eaters Have Better Memory Than Meat Eaters How to Reduce the Risk of Acute Kidney Injury By Drinking Coffee?
More News
Sign up for Wellness Consult a Doctor Sign up for Selfcare