Incentives Motivating Doctors to Work in Rural Areas Recommended by WHO 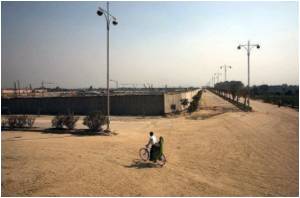 Health workers need to be given incentives to work in rural areas where millions of people need medical care, recommended the World Health Organization on Friday.

While almost half of the world's population live in rural districts, only 38 percent of nurses and less than a quarter of all doctors work in these zones, said the WHO.

A new study out of Dartmouth Medical School, Lebanon, NH says that people who live in rural areas may run a greater risk of having perforated appendix than those in suburban and urban areas.
Advertisement

Underlining the magnitude of the problem, the UN health agency noted that a billion people still have no access to basic health care.


The WHO issued 17 recommendations to countries, spanning "education, regulatory, financial incentives and professional and personnel support" to attract doctors and nurses to work in the countryside, said Manuel Dayrit, who heads the agency's human resource department.
Advertisement
It called for instance, for medical schools to be set up outside cities, in the hopes that graduates would stay on after completing their training.

It also suggested that financial incentives, such as bonuses, housing subsidies, free transportation and paid leave be offered to get young doctors to relocate to rural districts.

Holding up Norway as an example, Dayrit noted that authorities there finance postgraduate studies of doctors on the condition that they return after their training to live in rural districts.

Calling for urgent action, the WHO noted that the situation is worst in Africa.

In Mali, doctors are leaving for the capital and taking up jobs that are irrelevant to their degrees -- such as taxi driving, even though inhabitants of rural districts lack doctors, said Jean-Marc Braichet of the WHO's health personnel department.

Rich countries are not spared from the trend.

In the United States, only 9 percent of doctors have decided to set up their practices outside cities, according to the WHO.