In Year of Dragon Taiwan Births 'To Hit 10-year High' 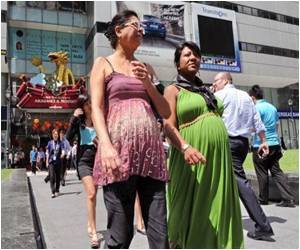 The Taiwanese government said that the number of newborns in Taiwan during the auspicious Year of the Dragon is expected to hit a 10-year high. The island is looking forward to boosting its low birth rate.

Vice Premier Jiang Yi-hua, chair of a government task force on population policy, forecast 230,000 births by the end of the year.

Singapore PM Eager About Year of The Dragon Baby Boom


And until last year, when 196,627 babies were born, the rate had been falling continuously since 2000 -- the last Year of the Dragon -- amid growing concerns that a declining labour force could erode the economy.

The Year of the Dragon, which started on January 23, is considered the most auspicious year in the Chinese zodiac and a favourite birth sign for children, and fears remain that birth rates will drop again next year.

Delivering a baby in the 'Year of the Dragon' is a dream come true to most ethnic Chinese who believe in the zodiac as an auspicious and powerful omen but to a few Hong Kong mothers it's a nightmare.
Advertisement
<< Daily Pill Regimen Could Soon be Replaced By Injections In ...
Answer to the Global Hunger Is No-Till Farming >>

Cassandra Cheong's bulging belly highlighted by a black maternity dress glorifies her status as an imminent mother of a 'dragon baby'.