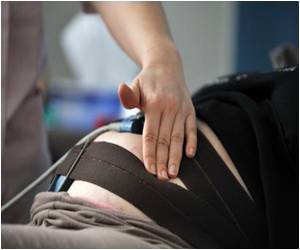 Cassandra Cheong's bulging belly highlighted by a black maternity dress glorifies her status as an imminent mother of a 'dragon baby'.

Cheong, 26, has been carrying her daughter for 38 weeks and is due to give birth after January 23, the start of the Year of the Dragon which comes every 12 years in the Chinese almanac and traditionally triggers a baby boom in Asia.

"Of course I am happy," a smiling Cheong told AFP after emerging from her gynaecologist's clinic in a Singapore hospital.


"But my mother and the elder relatives are more excited about the dragon baby than I am."

The dragon year is regarded as the most auspicious in the almanac because it is the only mythical creature among the dozen animals that represent each year in the Chinese cosmic cycle.

Pregnancy is an experience of growth, change, enrichment and challenge. During the 40 weeks of pregnancy, the expectant mother will go through several physical and emotional changes.
Advertisement
Superstitious Chinese believe children born during the Year of the Dragon -- the symbol of ancient emperors -- will possess courage and wisdom and bring luck to the entire family.

Doctors estimate that couples gunning for a lucky baby will have to conceive by May 2 in order to stand a chance of giving birth by the tail end of the dragon year, which lasts until February 9, 2013.

Past dragon years saw a spike in birth rates in China and other places with predominantly ethnic Chinese populations such as Hong Kong, Taiwan and Singapore, and this year is likely to be no different.

In China, state news agency Xinhua said in December that the country was expecting a five percent rise in births, boosting a population that now stands at 1.3 billion despite an official policy of allowing only one child per couple.

"There will be promotions to say 'come have your baby in this special year at this special hospital,'" Masoud Afnan, obstetrics and gynecology chief at the private Beijing United Family Hospital, told AFP.

In Hong Kong, where mainland Chinese mothers try to deliver their babies to gain rights of abode and education in the semi-autonomous territory and circumvent China's one-child policy, steps are being taken to contain the phenomenon.

Hong Kong health authorities have capped the number of deliveries by mainland and non-local mothers to 3,400 in public hospitals this year. Places are capped at 31,000 at private hospitals.

"The priority for the Hospital Authority is to ensure that Hong Kong residents are given proper and adequate obstetrics services as well as the priority to use such services," a spokesman for the Health Authority said.

In the previous dragon year in 2000, a total of 54,134 births were registered in Hong Kong, up 5.6 percent from a year earlier, official data showed.

For countries like Singapore, whose declining fertility rates have been a persistent headache for the government, the Year of the Dragon provides a break from its population woes.

"But for Singapore's total fertility rates to increase in the long run, it would be due to more long-term structural forces, not the Chinese zodiac cycle," she said.

Historic data show spikes of more than 10 percent in the city-state's total births during the most recent dragon years, 2000 and 1988.

Singapore's fertility rate in 2010 fell to a record low of 1.15 babies per female, far below the 2.1 babies needed for the population to replenish itself naturally.

This, combined with longer lifespans, is turning it into a fast-ageing society like Japan, and about a quarter of Singapore's 5.2 million people are foreigners as a result of increased immigration to address a labour shortage.

Tan Kok Hian, chairman of the obstetrics and gynaecology division of the government-run KK Women's and Children's Hospital (KKH) is expecting an eight percent year-on-year rise in deliveries in 2012.

Despite 2012 falling under the auspices of the dragon, fengshui masters predict a rocky road for the global economy in the coming year in the shadow of the eurozone crisis, together with a prevalence of disease, natural disasters and political reform.

They say that this is due to the dragon's pairing with the Chinese water element for 2012, which they say symbolises a strong driving force in nature as well as political will and dampens the fire of economic optimism.

But a grim global reality is unlikely to temper couples' quest for a "dragon baby", even in Malaysia, where ethnic Chinese are in the minority.

Obstetrician-gynaecologist M Devindran, who runs a fertility clinic, expects an increase in pregnancies among Chinese Malaysians.

"The dragon sign is a very powerful cosmic sign and in my practice, I have seen a 10 to 15 percent increase in Chinese couples who are trying to conceive a dragon baby," he told AFP.

Encyclopedia section of medindia explains in brief about the directions of breast feeding
Advertisement
<< Flavonoid-Rich Diet Reduces Risk of Heart Disease in Diabet...
Regular Workouts may Boost Your Income as Well! >>

Sanatogen Drug Side Effects Calculator Diaphragmatic Hernia Drug Interaction Checker Post-Nasal Drip Find a Hospital Drug - Food Interactions Blood Pressure Calculator Accident and Trauma Care A-Z Drug Brands in India
This site uses cookies to deliver our services. By using our site, you acknowledge that you have read and understand our Cookie Policy, Privacy Policy, and our Terms of Use