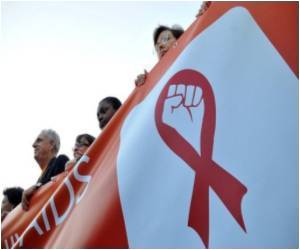 To overcome the money crunch that is an obstacle in the fight against AIDS, activists are calling for a 'Robin Hood' levy which is just a part of a percent on financial transactions.

"Robin Hood taxes are the answer to the question that everyone at this conference has been asking, which is: 'How can we keep financing a great scale-up in services against HIV/AIDS?'," Khalil Elouardighi of Coalition PLUS, a group of anti-AIDS organisations, told journalists.

A micro-tax of just 0.005 percent on all financial transactions would raise some 33 billion dollars (25.75 billion euros) per year worldwide, he said.


"It acts like an invisible micro withdrawal. Knowing that 97 percent of transactions are of a speculative nature, there will be no consequence on the real economy," noted Philippe Douste-Blazy, UN under secretary general for innovative financing for development.

Cutting down on Aids funding would prove to be fatal for millions of patients who would have no acess to anti-retroviral (ARV) drugs, warned Medecins Sans Frontieres.
Advertisement
The time was right to push for the tax, ahead of a summit on Millennium Development Goals in September and a G20 meeting in November, campaigners said.

"It is up to us to explain to the heads of state that they do not have any other solution because we know that it only depends on political will," said Douste-Blazy, a former French foreign minister.

The tax was technically feasible but the key was now to make sure the money was used for development, rather than to reimburse state debt or rescue banks, he said.

His own organisation, UNITAID, has blazed the trail with a small tax on airline tickets, implemented by France and 11 other countries, that has provided drugs to prevent HIV infections from mothers to their babies.

"Global commitments, particularly around HIV, are really first in line when it comes to what the right beneficiaries would be for that financial transaction tax," Asia Russell of the US advocacy group HealthGAP noted.

The Robin Hood tax would not make countries any less subject to aid contributions however, warned Christoph Benn of the Global Fund to fight AIDS, Tuberculosis and Malaria.

"We are not taking away any pressure from governments to provide additional resources from their development budgets: that is a given, that is our first request, that they increase their contributions."

Funding by rich economies for poor countries fighting HIV/AIDS fell back slightly last year, to 7.6 billion dollars after 7.7 billion dollars in 2008, as a result of the economic recession, according to an analysis issued in Vienna by the Kaiser Family Foundation and UNAIDS.

The decline brought to a close six successive years of double digit increases. In 2002 funding for anti-HIV drugs and other initiatives was a mere 1.2 billion.

The report said that for poorer countries -- "low- and middle-income" economies -- 23.6 billion dollars was needed from all sources for 2009. The gap in funding last year was 7.7 billion dollars.

For 2010, 25 billion dollars has to be mustered for fighting AIDS in poorer countries, according to a previous UNAIDS estimate. So far, there is a funding shortfall of 11.3 billion, according to an analysis published this month in the US journal Science.

The fight against AIDS in developing countries is facing a drastic funding deficit amid rapidly rising treatment and prevention costs.
Advertisement
Advertisement
This site uses cookies to deliver our services.By using our site, you acknowledge that you have read and understand our Cookie Policy, Privacy Policy, and our Terms of Use  Ok, Got it. Close
×