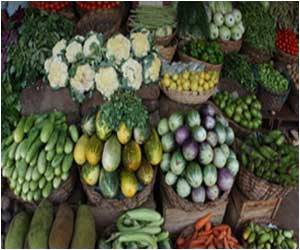 In developing countries, soar in food prices can lead to deteriorating nutrition, says health expert. The same consequences can be true for wealthier countries, as households opt for less expensive, poor quality foods. Hidden hunger is a problem across the globe.

Superfoods should be a part of daily diet as they are packed with nutrients and healing properties.But the best part is that they are tasty too!
Advertisement
We are particularly concerned for families with young children, Iannotti says. When you have a reduction in calories and critical nutrients for kids under two, there are long term consequences such as stunted growth, cognitive deficits, lower educational attainment and reduced future productivity.

The next phase of her study will focus on how a food price crisis impacts micronutrient consumption, specifically vitamin B12, iron, zinc and folate.

Iannotti's study will be published in an upcoming issue of the Food and Nutrition Bulletin.

Food Price Rise may Result in Half of Pak's Population Starving!

The World Bank has advised the Pakistan government to withdraw subsidies on wheat, and also warned that half of the country's 160 million people may soon be starving.
Advertisement