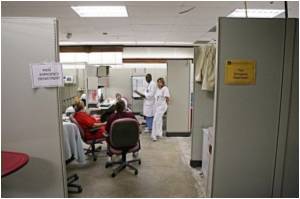 The statement is being published in Circulation, an American Heart Association journal, and is based on researchers reviewing and grading more than 1,000 international studies of diet, physical activity and anti-tobacco public health interventions.

Eat Fish and Reduce the Risk of Age-related Eye Disease

Eating fish and other foods high in omega-3 fatty acids may significantly cut the risk of developing eye diseases.
Advertisement

"Policy makers should now gather together and say, 'These are the things that work - let's implement many right away, and the rest as soon as possible,'" said Dariush Mozaffarian, M.D., Dr.P.H., chair of the statement writing group. "We have compiled an evidence-based menu of effective interventions for policy makers, stakeholders and the public based on the results of numerous scientific studies."


Examples of successful interventions include:

Hundreds of people have demonstrated all over India demanding the release of Dr.Binayak Sen, a dedicated public health activist, in detention for a year now.
Advertisement
In addition to identifying the 43 evidence-based interventions in these six categories, the researchers also identified several that were either ineffective or needed more study.

For example, there isn't enough research to conclude whether nutritional labeling or icons on food packages and menus  widely used or being considered in countries such as the United States, United Kingdom, Mexico and India  encourages healthier eating. Also, there was not strong evidence that local accessibility to fast food restaurants or small convenience stores negatively affected dietary habits or weight.

"As a society, we must implement evidence-based, cost-effective public health interventions without delay  we now know they work. New initiatives and partnerships are needed to translate this knowledge into action," said Mozaffarian, who is also co-director of the Program in Cardiovascular Epidemiology and associate professor of Medicine and Epidemiology at Brigham and Women's Hospital, Harvard Medical School and the Harvard School of Public Health in Boston, Mass.

Less than one percent of Americans meet the American Heart Association criteria for ideal cardiovascular health, and poor diet, sedentary lifestyles and tobacco use are the leading causes of preventable disease.