How Diabetes Leads to Vascular Disease? 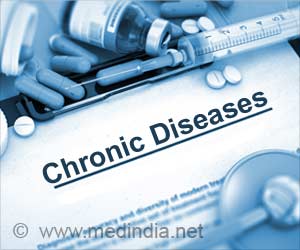 A cellular link between diabetes and blood vessel constriction has been discovered by a team of UC Davis Health scientists.

"This was a surprise, since PKA is typically associated with blood vessel widening and wasn't really on our radar," said senior author Manuel Navedo, professor of pharmacology at UC Davis Health. "We wanted to understand the molecular processes that created this opposite reaction." For the new study, published in The Journal of Clinical Investigation, the Navedo lab team conducted a series of experiments on the effects of high glucose on cerebral blood vessels and arterial cells that control blood flow. The tests were conducted on a unique genetically modified mouse and two mouse models of diabetes that were developed at UC Davis for studies of cardiovascular health.


Their results showed that one AC in particular -- AC5 -- mediated cAMP and PKA activation, triggering increased calcium channel activity and blood vessel narrowing. They also found that AC5 was essential for blood-vessel constriction during diabetes. The team now hopes to test the effects of the AC5 chain reaction in high-glucose conditions in human cells. This step could confirm it as a treatment target for reducing the vascular complications of diabetes, which can include eye, kidney, cerebral, gastrointestinal and cardiovascular disease.

How much do you know about the medications used to treat diabetes? Here are a few questions you could attempt to test your knowledge.
Advertisement
"We see every day in our clinics the devastating impact of diabetes on the health and lives of our patients," said co-author Nipavan Chiamvimonvat, the Roger Tatarian Endowed Professor in Cardiovascular Medicine at UC Davis Health. "Our work brings into much clearer focus how high glucose can damage the vascular system and gives us a new target for blocking its effects."

Certain natural foods have unique ingredients that can enhance the health of people living with diabetes. Learn about them through this slideshow.

Stress and the Gender Divide
News Archive
News Resource
Advertisement
News Category
Type 2 Diabetes Accelerates Brain Aging Genetic Risk Scores can Predict Diabetes in South Asians Get Your Blood Sugar Levels Tested as It can Lead to Heart Attack Diabetes Risk: Is There Something Sweet About Viral Infection? All About Insulin Spray Beyond Diabetes
More News
Sign up for Wellness Consult a Doctor Sign up for Selfcare