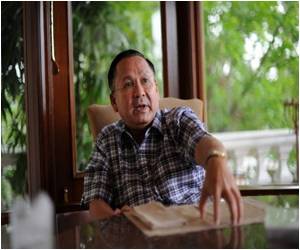 In Myanmar's commercial capital Yangon, soaring rents have seen hundreds of poor families shunted from their homes, forcing them to turn to charity as their last buffer from life on the streets.

Political transformation, which has swept the country since the quasi-civilian government took power in 2011, has seen sanctions lifted from the former pariah state and stoked rising investment interest in the perceived frontier market.

But the changes have also fuelled rampant speculation in the commercial hub Yangon, squeezing the poor into homelessness.


"Whole families came saying they had no place to live, nothing to eat, begging for help," said 61-year-old Khin San Oo, manager at a makeshift centre for the displaced in a Buddhist monastery in a scruffy suburb of the former capital.
Advertisement
Abbott Ottamasara offered free plots on 30-acres of land at the Thabarwa -- or 'nature' -- compound 16 months ago and word has spread fast, drawing penniless families from Yangon and surrounding districts.

More than 2,400 families have now built small shanties in the grounds an hour's drive from downtown Yangon.

Hundreds of others, who cannot afford construction costs, are sheltering in a communal bamboo dormitory at the site, which is home to a meditation centre.

Surging demand for property as Myanmar undergoes rapid change since shedding the isolation of junta rule has threatened to push more people from their homes, with rent hikes compounding low wages in and around the country's most populous city.

Figures from estate agents show rents have risen by 25 percent this year for a small Yangon apartment, while sales prices have doubled or even trebled over the past two years in some neighbourhoods.

Tin Tin Win, 57, says she was forced to move to the compound with her daughter, son, two grandchildren and husband, after the family were asked to pay six months in advance -- around $300 -- to renew the lease on their property.

"Our rent went up several times... we couldn't afford to stay in our house. That's why we had to move here," she said, adding that she was secure, if uncomfortable, in the cramped new lodgings.

"My daughter said she will keep us here for a while, because she can't afford anywhere else," she said wiping tears from her eyes.

President Thein Sein has made slashing poverty rates a pillar of reforms in Myanmar, where the former military rulers neglected to build a state safety net during their corrupt, decades-long rule.

But that goal appears far off.

To buy land in prime areas of Yangon -- a city with poor transport links, few modern condominiums and irregular electricity and Internet access -- now costs up to $700 per square foot, several times higher than glitzy Bangkok.

But while some -- including major international organisations and companies -- are willing to cough up, many fear the high costs are putting off investors and creating a dangerous bubble.

Families have been forced out to satellite towns because of the high rents, he said, urging the "stabilisation of the real estate market".

In an effort to cool the market, the government has raised land taxes and has built some low-cost housing in the city suburbs -- but critics say the apartments still cost around $20,000, which is well out of reach of most people.

Monks at the monastery have been unable to turn away the cascade of new arrivals.

But staff say the land is now full, leaving the abbot scratching around for donors with space to spare for the needy.

Myint Nwe, who lives in the monastery's stable-like dormitory with her nine-strong family, is grateful for the lifeline offered by the abbot.

"My husband had a stroke two years ago. After that we had nothing to eat," said the mother-of-five, explaining how they came to the monastery, as her husband sat expressionless next to her.

While she is able to sell fruit to buy occasional snacks for her children or medicine for her husband, Myint Nwe like many others in the monastery housing, can see no way back to independence.

"I want to live in my own house and run my own business," she said. "But I have no savings and my husband is sick."

Source: AFP
Advertisement
<< Medicaid Pays for 45 Percent of All Births in US
How Will Pay for Performance Solve Some of Health Care's Wo... >>

Medical Aid Abroad Sought By Myanmar's 'Tallest Man'
In a remote Myanmar village, "Big Zaw" has known he was different since a teenage growth spurt sent ...