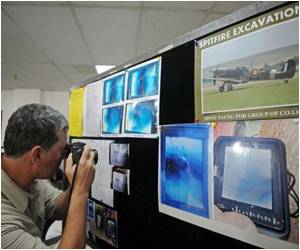 Myanmar's long-muzzled reporters are all ready for daily newspapers after embracing the Internet age and filing breaking news on Twitter and Facebook.

New freedoms have swept through Myanmar's press since a reformist regime took power two years ago, but archaic rules meant private titles could only publish once a week.

That is set to change from April 1, when 16 weekly news journals will be allowed to become dailies.


"People are really excited about having daily newspapers. But I'm worried whether their hopes will be met 100 percent when the papers are in the market," said Nyein Nyein Naing, editor of 7Day News, one of Myanmar's most popular journals.
Advertisement
Each morning an array of readers, from civil servants to rickshaw drivers, gather at streetside news stands to devour the newly uncensored news culled from the various weeklies.

It is a novel experience for a population hungry for information after decades of rule by a repressive junta that neutered the country's media.

"I think when daily papers come out, they will be more capable to lead and educate the people," lawyer Htay Win told AFP in a teashop in a bustling suburb of the largest city Yangon.

News reporting in Myanmar is already a far cry from during the junta era, when sensitive news was often delivered through whispered rumour.

In November 2010, when Aung San Suu Kyi was freed from house arrest following controversial elections, sales of the First Eleven Sports Journal were halted by the authorities for two weeks because a message about her release was embedded in a front-page football headline.

Two years later Suu Kyi is an MP and her National League for Democracy party is among those at the vanguard of the media revolution, with official approval to convert its D-Wave party pamphlet into a daily paper.

News groups were already working around bans on daily printing, taking to social media to update readers on the latest news.

Recent communal unrest in Myanmar has seen articles on the Facebook pages of major outlets receive hundreds of "likes" and comments.

But the Buddhist-Muslim violence has also exposed weaknesses of a media operating without a clear legal framework and unused to codes of ethical practice.

Some outlets have published reports and images that, according to rights groups, risk inflaming anti-Muslim sentiment in the Buddhist-majority nation.

"The media and authorities have a crucial role to play and the media really need to emphasise on ethics and abide to very professional standards of coverage," Benjamin Ismail of Reporters Without Borders told AFP.

Myanmar jumped to 151st out of 179 in the media watchdog's 2013 World Press Freedom Index because of "dramatic changes" that included scrapping its harsh pre-publication scrutiny regime -- until last year imposed on everything from newspapers to fairytales.

Observers hope that a new media law being drafted by an interim press council will define the limits of press freedoms and replace draconian junta-imposed legislation.

But reform has been mired in controversy in recent weeks, when authorities revealed they had written their own proposal, stoking fears that government is unwilling to fully relinquish control of the press.

"This bill will be a huge problem for newspaper publishers," said press council secretary Kyaw Min Swe, who is also editor of the Voice journal.

It is not yet known how many of the 16 private news groups will immediately make the switch to daily printing, which itself is likely to pose huge challenges.

Logistical problems are likely to dog the news pioneers, with few trained reporters, concerns about a dearth of printing machines and a lack of statistics on the potential readership market.

Journals also accuse the state press, which has long monopolised daily publishing, of enjoying unfair advantages in funding and advertising.

The English-language New Light of Myanmar is now looking for a private partner and is angling for popular appeal after replacing the shrill pronouncements of the past -- including "Anarchy begets anarchy, not democracy" -- with gossip about Hollywood celebrities such as Scarlett Johansson.

But with propaganda still infusing state media's main stories and headlines such as "Old lamp post replaced with new concrete lamp post", private news groups are not overly worried about competition from the likes of New Light.

"Our journal publishes independent news which comes from people and is up to date... I don't think I have to worry," said Nyein Nyein Naing of 7-Day News.