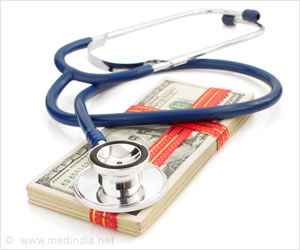 Freestanding children's hospitals had the largest financial losses for pediatric inpatients covered by Medicaid, suggesting hospitals may be unlikely to offset decreased Disproportionate Share Hospital (DSH) payments from caring for fewer uninsured patients as a result of health insurance expansion, according to an article published online by JAMA Pediatrics.

Accountable Care Organizations to Replace Insurance Companies in US

A new system of accountable care organizations may soon replace insurance companies in the United States.
Advertisement
‘Disproportionate Share Hospital payment reductions can be compensated through the increased enrollment of uninsured patients into either public or private insurance.’
Tweet it Now

The Patient Protection and Affordable Care Act (ACA) reduces the number of uninsured patients and because of this decrease, the ACA and congressional action will, beginning in 2018, gradually reduce DSH payments to hospitals. DSH payments totaled $13.5 billion in 2013; DSH payments are scheduled to be reduced annually by $2 billion in 2018 with an increasing reduction up to $8 billion by 2025. About one-third of children are insured by Medicaid and the percentage of children without insurance is small compared with adults.

The move is aimed at debunking what the group calls a 'disingenuous argument' by critics attacking Planned Parenthood over the procedure.
Advertisement
Authors analyzed Medicaid-insured hospital discharges for patients 20 and younger from 23 states in a 2009 database. The study population included 1,485 hospitals and 843,725 Medicaid-insured discharges.

Authors note study limitations could underestimate financial losses because the study did not include outpatient or observation-stay discharges.

"Given the few uninsured children at children's hospitals, those hospitals are unlikely to offset DSH payment reductions through the increased enrollment of uninsured patients into either public or private insurance. Children's hospitals serve many of the most complex patients. In this era of health care system reform, we need to consider how these payment changes may affect the unique patient populations served by children's hospitals," the study concludes.

Pyloric stenosis in a child is narrowing of the pylorus due to which the milk cannot pass into the small ...