Parents and doctors in central China fear that hormones in milk powder they fed their infant daughters have led the babies to prematurely develop breasts, state media reported Monday.

Medical tests indicated the levels of hormones in three girls, ranging in age from 15 months to four years and who were fed the same baby formula, exceeded those of the average adult woman, the China Daily reported. 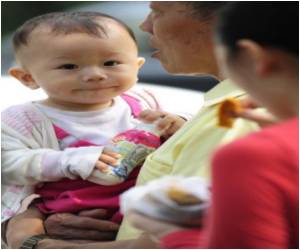 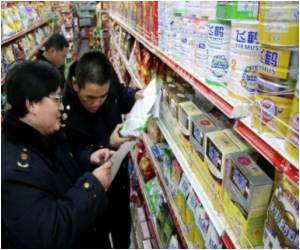 
"The amount of hormones in the babies definitely means there's a problem," Yang Qin, the chief physician in the child care department at the Hubei Maternity and Children's Hospital, was quoted as saying.


"The parents should stop using the formula to feed their children and the powder should be analysed."

Local food safety authorities however refused a parent's request to investigate the formula made by Synutra, a company based in the eastern city of Qingdao, saying they do not conduct tests at consumers' behest, the report said.

The suspected baby formula was still being sold in the Hubei provincial capital Wuhan -- at discounted prices -- and was still on store shelves in Beijing despite the concerns which surfaced last month, the Global Times said.

Synutra insisted its products were safe.

"No man-made 'hormones' or any illegal substances were added during production," it said in a statement.

The infants showed unusually high levels of the hormones estradiol and prolactin, the China Daily said.

Wang Dingmian, the former chairman of the dairy association in the southern province of Guangdong, told the China Daily that the hormones could have entered the food chain when farmers reared the cattle.

"Since a regulation forbidding the use of hormones to cultivate livestock has yet to be drawn up in China, it would be lying to say nobody uses it," Wang was quoted as saying.

Chinese dairy products were recalled worldwide in 2008 after it was revealed that melamine, a toxic chemical used to make plastics, was widely and illegally added to the products to give the appearance of higher protein.

Melamine was found in the products of 22 Chinese dairy companies in a massive scandal blamed for the deaths of at least six infants and for making 300,000 others ill in China.