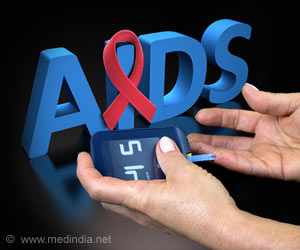 HIV is a virus that attacks the immune system, which is our body's natural defence against illness. The virus destroys a type of white blood cell in the immune system called a T-helper cell, and makes copies of itself inside these cells.

In a decades-long game of hide and seek, scientists from Sydney's Westmead Institute for Medical Research have confirmed for the very first time the specific immune memory T-cells where infectious HIV 'hides' in the human body to evade detection by the immune system.

Advertisement
‘Current HIV drugs stop the virus from replicating, but there is still no way for us to 'cure' an individual with HIV. Patients need drugs or chemotherapy for the rest of their lives.’

The team, led by Associate Professor Sarah Palmer from the University of Sydney, developed a pioneering full-length genetic sequencing assay for HIV. Using this test, the team found that genetically-intact HIV hides in specific subsets of CD4+ T-cells.


Associate Professor Palmer said that this next-generation test showed that HIV hides in the body's immune memory T-cells, which is how it avoids detection from the immune system.
Advertisement
"Previously it was thought that HIV was hiding primarily in central memory T-cells, but our new HIV genetic sequencing test has revealed that the majority of replication-competent virus is actually hiding in effector memory T-cells.

"HIV is really very clever. Essentially, it is hiding in the exact same cells within the immune system that are meant to attack it," she said.

Effector memory T-cells are the cells in the body that 'remember' previous infections and how to defeat them. These are the cells that provide life-long immunity to infections such as measles or chicken pox.

Associate Professor Palmer explained that only a very small proportion - approximately five per cent - of HIV is genetically intact. However, it is this small proportion of virus that hides in the effector memory T-cells and stops the immune system from fully destroying the virus and eliminating it from the body.

"When HIV replicates it makes a lot of errors and releases a lot of defective virus.

"But this five per cent of genetically intact HIV is the key. This virus inserts its genome into the body's memory cells and sits there quietly avoiding detection by the immune system," Associate Professor Palmer explained.

"These infected cells go into a resting state and stop producing HIV, but these latent cells can wake up and start making infectious HIV." It is a ticking time bomb waiting to re-infect a patient.

"The other 95 per cent of defective virus does send the immune system into overdrive. We suspect that this 'junk' HIV can act as a decoy and draw attention away from the "real" virus hiding in the effector memory T-cells," she said.

Despite groundbreaking advances in the treatment of HIV, it remains a chronic illness across the globe. Neither a cure nor a vaccine has been achieved.

"This is a particular problem in the developing world where only 50 percent of people have access to regular HIV therapies."

If a person suddenly stops taking their HIV treatments, the virus hidden in effector memory T-cells would spring to life and start producing more HIV, and the virus will spread throughout the body within two weeks.

"Now that we've identified where the replication-competent virus is hiding, we can start work towards targeting these cells with new therapies aimed at fully eliminating HIV from the body," Associate Professor Palmer concluded.

Mortality Risk Increases for HIV-seropositive Injured Patients
HIV and physical injuries are global health concerns. Patients suffering from these injuries have a ...
New Drug Holds a Promising Cancer and HIV Treatment
A drug isolated from a marine pest holds promise for treating some of the world's nastiest ......

Here's Why HIV Drugs Don't Synergize
Some drugs act synergistically and sometimes they don't. When combining the hiv drugs, the ......