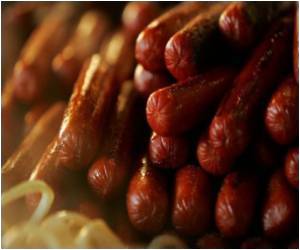 Consuming a diet rich in high fat food items could cause inflammation of blood vessels, a new study published in the journal American Journal of Physiology reveals.

Researchers from the University of California analyzed the effects of eating fast food breakfast among 61 volunteers, all of whom had varying waistline sizes and triglyceride levels. Each breakfast consisted of an orange juice, two breakfast sandwiches and hash browns.

The researchers found that based on an individual's triglyceride level and waistline size, the size of triglyceride rich lipoprotein (TGRL) varied. The TGRL is responsible for the cause of inflammation in endothelium, which is a thin layer of cells that lines the entire circulatory system.


The researchers added that those who had bigger waistlines of over 32 inches and had higher triglyceride levels were at a higher risk of developing inflammation since the size of the TGRL was bigger than among those with lower waistlines.