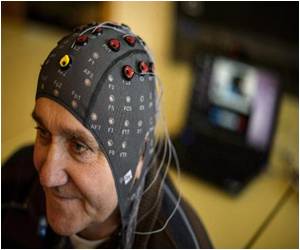 A team of researchers have discovered that hidden differences in the properties of neural circuits can account for whether animals are behaviorally susceptible to brain injury.

The research took place at the Neuroscience Institute at Georgia State University. These results could have implications for the treatment of brain trauma.

People vary in their responses to stroke and trauma, which impedes the ability of physicians to predict patient outcomes. Damage to the brain and nervous system can lead to severe disabilities, including epilepsy and cognitive impairment.


If doctors could predict outcomes with greater accuracy, patients might benefit from more tailored treatments. Unfortunately, the complexity of the human brain hinders efforts to explain why similar brain damage can affect each person differently.
Advertisement
The researchers used a unique research animal, a sea slug called Tritonia diomedea, to study this question. This animal was used because unlike humans, it has a small number of neurons and its behavior is simple. Despite this simplicity, the animals varied in how neurons were connected.

Under normal conditions, this variability did not matter to the animals' behavior, but when a major pathway in the brain was severed, some of the animals showed little behavioral deficit, while others could not produce the behavior being studied. Remarkably, the researchers could artificially rewire the neural circuit using computer-generated connections and make animals susceptible or invulnerable to the injury.

"This study is important in light of the current Obama BRAIN initiative, which seeks to map all of the connections in the human brain," said Georgia State professor, Paul Katz, who led the research project. "It shows that even in a simple brain, small differences that have no effect under normal conditions, have major implications when the nervous system is challenged by injury or trauma."

Variations in Neuronal Networks may Point Out to Traumatic Brain Injury Outcomes
The hidden differences between the properties of neural circuits may help determine if animals are ....

Traumatic Brain Injury Linked to an Increased Risk of Dementia
Older veterans having suffered traumatic brain injury are at a 60% higher risk of developing ......

Coping With Personality Changes in Acquired Brain Injury may Get Easier
Individuals affected by brain injuries may struggle with associated personality changes, and ......