Heart Devices Made By Medtronic Are Prone To Hacking 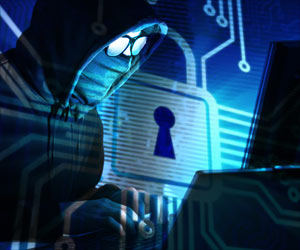 The US homeland security department has found two loopholes in 16 different models of Medtronic implantable defibrillators that could make it vulnerable to cyber attacks. The Homeland Security Department has issued an alert on this matter.

Nearly 750,000 heart devices made by Medtronic contain vulnerabilities, which could let a cyber attacker with sophisticated insider knowledge harm a patient by altering programming on an implanted defibrillator, Star Tribune reported on Friday.


The first vulnerability could allow improper access to data exchanged between a defibrillator and an external device, like an at-home monitor.


‘Medtronic is now monitoring its network for signs of cyber attacks. The silver lining in this is that the vulnerabilities do not affect Medtronic pacemakers as they are battery operated.’


"A second vulnerability allows an attacker to read sensitive data, streaming out of the device, which could include the patient's name and past health record stored on their device," said the alert.

The Homeland Security Department oversees security in the critical US infrastructure, including medical devices.

"Medtronic is now monitoring its network for signs that someone was trying to exploit the vulnerabilities," said the report.

The vulnerabilities do not affect Medtronic pacemakers, the report added.

"To date, no cyber attack, privacy breach, or patient harm has been observed or associated with these issues," a company spokesperson was quoted as saying in a CNET report.

New Leadless Pacemakers for Heart Patients
A new leadless pacemaker has been developed for heart patients, which has no wires, less invasive and causes fewer complications than the standard pacemakers.
READ MORE

AngioVac To Remove Bacterial Infection in Those With Pacemakers
Those with diabetes, kidney disease and other conditions are at greatest risk of infection in the pacemaker.
READ MORE