Alemtuzumab drug for multiple sclerosis therapy found to trigger unpredictable side effects, in a finding by a team of scientists from the Ruhr-Universität Bochum at St. Josef's Hospital.

This finding led by Professor Dr. Aiden Haghikia and Professor Dr. Ralf Gold, published in the journal Lancet Neurology, reported two patients who were infused with alemtuzumab to have significantly worsened symptoms. They also described a treatment to curb the harmful side effects of the drug.
Multiple Sclerosis Drug Triggers Unpredictable Side Effects


Multiple Sclerosis is a common neurological condition characterized by chronic inflammation in the central nervous system. The immune system of the body attacks the nerve fibers called myelin which can damage the cellular processes.


Haghikia, said, "This therapeutic algorithm could help MS patients around the world who develop similar side effects under alemtuzumab."

Alemtuzumab Drug - Mechanism of Action
Alemtuzumab drug is a monoclonal antibody which is being prescribed for the treatment of chronic lymphocytic leukemia (CLL) and multiple sclerosis. The drug mainly acts by targeting the CD52 on the surface of certain immune cells called T and B lymphocytes.

Certain approved studies have also displayed minor side effects, called secondary autoimmune processes where the immunocytes were found to act against the cells that were produced naturally in the body. This was found to be more predominant in the thyroid gland and may also affect the kidneys and platelets.

Discovery of a New Inflammation Mode
Alemtuzumab drug was given for two patients who had severe multiple sclerosis. They had severe inflammation of the central nervous system despite previous treatments.

A new inflammation mode was discovered by the research team using MRI. Numerous ring enhancing lesions were found in the vast areas of the brain. This kind of patterns were not displayed in the previous medical history of the patients.

The observed adverse effects may either represent an increased multiple sclerosis activity or an independent secondary autoimmune process.

Curbing the Side Effects
The neurologists were able to curb the side effects of the drug and the numerous ring enhancing lesions in the brain were found to recede. Even after one year of treatment the patients were in a stable condition. Blood plasma exchange followed by treatment with the antibody rituximab is directed against the B lymphocytes.

The research team also suspect that immunocytes are also responsible for the observed side effects.

This treatment may benefit patients who experience side effects due to alemtuzumab drug. 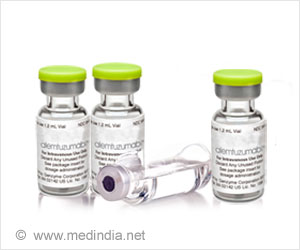 Alemtuzumab
Alemtuzumab is a cancer-treating drug used for treating certain cancers of bone marrow and blood cancers such as chronic lymphocytic leukemia (CLL) and lymphoma. It is a monoclonal antibody used to treat multiple sclerosis. ...
READ MORE

Multiple Sclerosis Drug Linked With Fatal Brain Disease
Progressive multifocal leukoencephalopathy (PML) is a rare, often fatal disease characterized by damage to the white matter of the brain. It is caused by JCV.
READ MORE