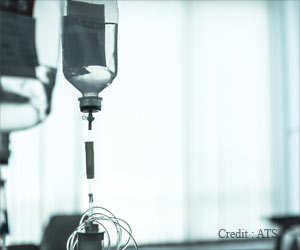 Women who have undergone menopausal appear to experience an accelerated decline in lung function.

The title of the paper is "Menopause is Associated with Accelerated Lung Function Decline," and the study is published online ahead of print in the American Thoracic Society's American Journal of Respiratory and Critical Care Medicine.

Diet for Menopause - Foods to Eat & Avoid
Menopause is a stage when hormone levels decline in middle aged women. Right food choices combined with regular exercise is the key to alleviate menopausal symptoms.
Advertisement
‘It is important to maintain respiratory health before and after transition into menopausal phase.’

"Women are living longer and, therefore, many years beyond menopause," said Kai Triebner, MSc, lead author and a PhD candidate in epidemiology at the University of Bergen in Norway. "Our study highlights the importance of maintaining respiratory health long after the menopausal transition."

Researchers conducted a longitudinal population-based study of the relationship between menopause and lung-function decline.

Tests for Asthma
Do you find it difficult to breathe especially during the cold weather? You may need to get tested for asthma, a respiratory condition that is induced by allergies.
Advertisement
They analyzed data from 1,438 women who were enrolled in the European Respiratory Health Survey.

Participants ranged from 25 to 48 years at the time of enrollment, and none had undergone menopause menopausal when the study began.

They were followed for 20 years and during that time most went through the menopausal transition or became postmenopausal.

The researchers adjusted their findings for age, weight, height, education and smoking history.

This is beyond what is expected in a normal aging process.

Among the current and past smokers both the age- related and menopause-related lung function decline was more pronounced.

"Whether obstructive or restrictive, the decline in lung function may cause an increase in shortness of breath, reduced work capacity and fatigue," Mr. Triebner said. "Symptoms depend upon how much lung capacity is reduced, and a few women may actually develop respiratory failure as a result of this decline."

"Women, and their physicians, should be aware that respiratory health might decline considerably during and after the menopausal transition," Mr. Triebner said. "This could mean that they experience shortness of breath already with low physical activity."

Menopause brings hormonal changes that have been linked to systemic inflammation, which itself is associated with lung function decline.

Hormonal changes are also implicated in osteoporosis, which shortens the height of the chest vertebrae and may, in turn, limit the amount of air a person can inhale.

Women Have Better Memory Than Men But Only Till Menopause
Women report increased forgetfulness and ''brain fog'' during the menopausal transition and at risk for memory impairment and dementia in contrast to men.

Accident and Trauma Care How to Reduce School Bag Weight - Simple Tips Sinopril (2mg) (Lacidipine) Find a Doctor Daily Calorie Requirements Pregnancy Confirmation Calculator Selfie Addiction Calculator Calculate Ideal Weight for Infants Blood Donation - Recipients The Essence of Yoga
This site uses cookies to deliver our services. By using our site, you acknowledge that you have read and understand our Cookie Policy, Privacy Policy, and our Terms of Use