Blood circulation in patients with Type 2 diabetes can be improved by lowering the calorie intake and increasing physical activity, reveals a new study.

Type 2 diabetes affects blood circulation, where the blood vessels stiffen and reduce the amount of oxygen supply to body, including the brain. When blood flow to the brain is impaired, it can affect the thought process and decision making.
Lifestyle Changes Can Improve Blood Circulation in Type 2 Diabetes


‘Blood flow to the brain can be increased in Type 2 diabetic patients who are overweight or obese with long-term physical activity and by reducing calories in the diet.’


Type 2 diabetic patients are usually overweight or obese, and these conditions were found to be associated with cognitive problems such as problems with thinking abilities.

The negative effects of type 2 diabetes can be reduced by lowering calorie intake and increasing physical activity. But, the effects of these intervention programs on cognition and the brain are not evident, revealed the research team.

In recent times, scientists have examined the information from a 10-year-long study called Action for Health in Diabetes (Look AHEAD), where the participants learned to adopt healthy and long-term behavior changes.

In this new study, the research team focused on seeing if the participants with type 2 diabetes who consumed lower amounts of calories and increased their physical activity had better blood flow to the brain or not.

The findings were published in the Journal of the American Geriatrics Society.

The participants were divided into two groups. The first group was called the Intensive Lifestyle Intervention group. Their daily goal was to eat between 1200 to 1800 calories to lose weight and to do physical activity (like brisk walking) for about 175 minutes during the week.

Participants were under constant observation on a weekly basis for the first six months, and later, for the next six months, they were observed three times a month.

During years 2 and 4, the participants were seen at least once a month and were contacted by phone or email on a regular basis. The research team also encouraged them to join group classes.

At the end of the study, participants were encouraged to continue their monthly sessions and other activities individually.

The second group was called the Control group, where the participants attended Diabetes Support and Education classes. Later, the research team compared the control group with the group that participated in the lifestyle intervention.

After ten years of enrollment, about 321 participants completed an MRI brain scan. About 97 percent of those MRIs met the quality control standards that were set by the research team for this study.

During this period of study, all the participants were tested for their mental functions like memory, verbal learning, decision-making ability, and other cognitive functions.

The research team examined adults who were overweight or obese at the beginning of the study and concluded that those who were included in the long-term behavioral intervention program had higher blood flow to the brain.

Furthermore, blood flow was found to be greater even among those who did not do well on mental function tests, which shows the brain's ability to adapt in response to cognitive decline.

However, it was also found that the interventions would have worked differently for the heaviest individuals. This shows that interventions could have been most effective in increasing or maintaining blood flow in the brain in overweight individuals, but not obese.

What is Poor Circulation of Blood?

Poor blood circulation results from an underlying disturbance, disorder or disease. The reduced blood flow occurs only over a period.

Lifestyle choices, imbalanced diet and lack of physical activity along with some underlying conditions are some causes. These can lead to fatty deposits on the walls of the arteries.

Blood helps in the transportation of nutrients such as electrolytes, amino acids and other substances like oxygen, carbon-dioxide, white blood cells, and hormones. Blood also helps in maintaining homeostasis, i.e., in regulating electrolytes, extra-cellular fluids, pH levels and body temperature.

Making dietary changes and being more active can help in improving blood circulation. 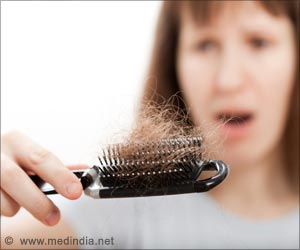 An Innovative Machine to Improve Blood Circulation of Scalp
Being able to expand a blood vessel with the power of near infrared rays, KISEKI machine improves blood circulation of the scalp.
READ MORE

Coffee may be Good for Blood Circulation
A cup of coffee may improve blood circulation, reveals recent study.
READ MORE