Paracetamol is a common painkiller drug which is used worldwide; the drug may cause liver damage on an excess dose. The research team from the University of Edinburgh has recently studied the impact of paracetamol on human and mouse liver cells.

Few tests also showed that paracetamol could cause liver damage by harming the structural connections in the adjacent cells of the organ.
Discovering New Way to Treat Liver Damage Caused by Paracetamol

The disruption of the cell wall connections called the tight junctions might damage the liver tissue structure. This may make the cells unable to function properly and may die.


‘New insights on the impact of paracetamol on liver damage can help to improve treatment options.’


Cell damage can occur in liver conditions including hepatitis, cirrhosis and liver cancer but was not associated with paracetamol toxicity until now.

Paracetamol Effect in Causing Liver Damage
The research team aimed in developing a reliable method of using human liver cells for testing the effect of the painkiller. This will be followed by varying the paracetamol dose that may affect the liver toxicity and identify potential targets for developing a new drug.

The research study was published in the journal Scientific Reports.

Dr. Leonard Nelson, University of Edinburgh's Hepatology Laboratory and Institute for Bioengineering, said, "Paracetamol is the world's preferred pain remedy - it is cheap, and considered safe and effective at therapeutic dose. However, drug-induced liver damage remains an important clinical problem and a challenge for developing safer drugs. Our findings reinforce the need for vigilance in paracetamol use, and could help discover how harm caused by its adverse use might be prevented."

Pierre Bagnaninchi, of the University's MRC Centre for Regenerative Medicine, said, "Although liver damage caused by paracetamol toxicity has been the subject of intense study for 40 years, recent developments in biosensor technology are enabling a fuller picture of the biological mechanisms involved."

Paracetamol
The drug is commonly used as a painkiller for treating a number of conditions including mild pain, fever, cold and flu.

Side Effects of Paracetamol
Common side effects of paracetamol drug may include
Paracetamol poisoning
References :

Paracetamol
This medication is a non-opiate, analgesic and antipyretic, prescribed for headache, pain (muscle ache, backache) and fever either alone or combined with other medications. ...
READ MORE

Liver Damage Possible by Medications, Herbal and Dietary Supplements
An article in the US Pharmacist highlights the possibility of liver damage caused be medications including herbal and dietary supplements.
READ MORE 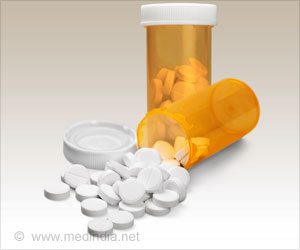 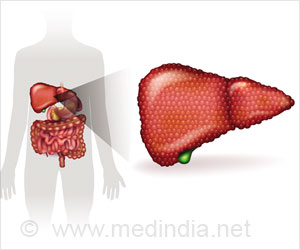 Hepatotoxicity Due to Drugs
Hepatotoxicity is damage to the liver due to chemical, environmental, bacterial, and viral infections. Hepatitis or cholestasis or both may occur.
READ MORE

Liver Failure
Liver failure occurs when the liver loses its ability to perform its normal functions of regeneration or repair. It can be a gradual or a sudden process.
READ MORE