Professional women are at 70 percent higher risk of developing breast cancer than other women, finds a new study. Increased stress at work, prejudice, discrimination, and resistance may be the reasons that put successful women at risk of cancer.

Breast cancer accounts for 22.9 percent of all cancers in women worldwide. American experts estimate that about one out of every eight women born today will be diagnosed with breast cancer at some time during her life. A woman's risk of developing the cancer increases as she gets older; age is the strongest risk factor for breast cancer. A recent study suggests that increased stress at work and a number of other factors elevate the risk of acquiring breast cancer in successful professional women.

The link between job stress and cancer was revealed by the 55-year study of women who were in their thirties in the 1970's. Nearly 4000 women were included in the study; the longer a woman held her job, the greater was the risk of breast cancer. "Women who entered managerial occupations in the 1970's experienced prejudice and discrimination due to prevailing cultural attitudes that men made better leaders than women," says Dr. Tetyana Pudrovska, who led the study.


"Neither men or women preferred to work for a woman because women were seen as 'temperamentally unfit' for management, which was consistent with the cultural stereotype of the woman boss."

"Exercising job authority was particularly stressful for women in the context of gender inequality embedded in the occupational structure of the time, when women in managerial positions often faced prejudice, tokenism, discrimination, social isolation, and resistance from subordinates, colleagues, and superiors. We believe that women are still facing the same kind of stresses, and therefore the increased risk is likely to be there... today," concludes the researcher.

Prognosis of Interval Breast Cancer
Screening mammography is an effective technique to reduce breast cancer mortality. Breast cancer is a common cancer among women and accounts for loss of valuable lives every year.
READ MORE 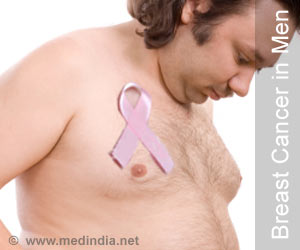 Not Just Women, Now Men Too May Be Susceptible to Breast Cancer
Men too, are susceptible to breast cancer, just like women. A self-examination, which helps detect breast cancer at an early stage, is now recommended for men.
READ MORE

Trastuzumab Better Than Lapatinib in HER-2 Positive Breast Cancer
Trastuzumab, when used in neoadjuvant chemotherapy along with other medications in HER-2 positive breast cancer, appears to be more effective and causes less adverse effects as compared to lapatinib.
READ MORE