WHO Modifies Medical Eligibility Criteria for Contraceptive Use 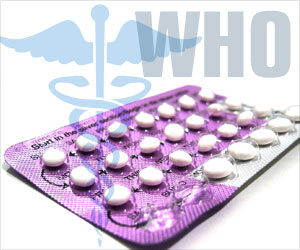 The fifth edition of Medical Eligibility Criteria (MEC) for contraceptive use by the World Health Organization (WHO) has added long-acting injectable hormones to its list, thus giving women more options to prevent unwanted pregnancy. It permits the use of hormonal methods for birth control in women less than 6 weeks following childbirth.

Unwanted pregnancies occur due to several reasons. One of them, which can be dealt with by family planning authorities, is the non-availability of contraceptive methods. A woman should have access to contraceptives so that she can decide when to have her next baby.


A pregnancy without adequate gap puts a huge financial as well as emotional burden on the family and is detrimental to the health of the mother. Many women with unplanned pregnancy opt for abortion. Statistics indicate that out of the 213 million pregnancies that occurred in 2012, 40% of them (85 million pregnancies) were unintended. Fifty percent of these unwanted pregnancies ended up in an abortion.

The MEC for contraceptive use is a document published by WHO that advises national family planning policy makers and reproductive health managers as they prepare guidelines for the contraceptive services in their own country. Thus, it is not to be used by individuals per se. The MEC wheel can also be used as a simplified version of the document.

WHO has made changes related to hormonal birth control in the fifth edition of the guideline, which has been recently released. Long-acting injectable hormones have been added to the list of contraceptives. Injectable contraceptive hormones reduce the necessity of taking daily pills and therefore can avoid unwanted pregnancies.

Hormonal contraceptives can now be used by women within even 6 weeks after delivery. This step could help women who would like to keep a gap between pregnancies. Though ovulation takes some time to resume following delivery, the time varies among women. In some women, it may appear very early and therefore if the woman is not protected, it could result in an unplanned child. Breastfeeding women often feel that as long as they are breastfeeding, they do not need a contraceptive. This false notion often results in unplanned pregnancy.

The new version of the document will bring more women under the umbrella of contraception. New mothers after delivery did not have many options for contraception, except condoms. With this new recommendation, women are now given one more option to postpone pregnancy. An injected contraceptive keeps the woman protected over a longer duration without the worry of getting pregnant. As a consequence of reduction in unwanted pregnancies, the number of abortions and abortion-related complications will also hopefully reduce.

Advantages of Birth Control Pills / Oral Contraceptive Pills
Besides the convenience of daily taking the pills once a day there are many other advantages.
READ MORE