Treatment of Lower Urinary Tract Symptoms With Solifenacin and Tamsulosin: Findings of the NEPTUNE Trial 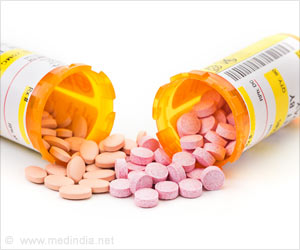 Results from the NEPTUNE and NEPTUNE II studies indicate that several male patients with moderate-to-severe lower urinary tract symptoms may benefit from a single pill that contains two medications - tamsulosin and solifenacin.


An elderly male suffering from lower urinary symptoms like increased frequency of urination, waking up at night to pass urine, incomplete urination or dribbling of urine is most common symptom of an enlarged prostate that causes obstruction to flow of the urine and can be treated by either medication or surgery. Patients with borderline or moderate symptoms are mostly treated by a single medication such as Tamsulosin that relieves the obstruction. However, not all patients who receive the treatment with Tamsulosin recover completely. These patients often have another problem - an overactive urinary bladder that contracts more frequently than normal, thus making it necessary to urinate more frequently. Therefore, it is often necessary to treat both the conditions to relieve the patient completely from his symptoms.


A combination of α-1 blocker with an antimuscarinic drug has been suggested in certain population of male patients with moderate-to-severe lower urinary tract symptoms who do not get relief with a single drug alone, and without a physical bladder outlet obstruction.

The α-1 blockers, terazosin, doxazocin, tamsulosin and alfuzosin are drugs that are used in the treatment of lower urinary tract symptoms of prostate enlargement. They improve urinary flow and probably bring about their effect by relaxing the muscles of the prostate and improving circulation in the bladder neck and prostate.

Thus, a combination of these two drugs is likely to be effective in patients with features of both prostate enlargement and overactive bladder.

The NEPTUNE study evaluated the use of a single tablet containing tamsulosin and solifenacin in patients with moderate-to-severe lower urinary tract symptoms. The NEPTUNE study was conducted for 12 weeks and was followed by the NEPTUNE II extension, where patients had the option to continue treatment for another 40 weeks. Patients received a daily pill that contained 0.4 mg tamsulosin in a formulation referred to as 'oral controlled absorption system formulation of tamsulosin (TOCAS)', and either 6 mg or 9 mg of solifenacin. Initial treatment was with pills containing 6mg of solifenacin, but later on in the study, patients were given the option of switching between the 6mg and 9mg dosages.

The NEPTUNE study found that the combination pill of tamsulosin and solifenacin appears to be effective in the treatment of male patients with moderate-to-severe lower urinary tract symptoms. Improvement in symptoms was noticed at 4 weeks, which further increased as the treatment was continued for 16 weeks. This improvement was maintained for the remaining duration of the study (total duration 52 weeks). The quality of life of the patients improved with the treatment. The use of a single pill containing two drugs is convenient as it saves the patient the effort of remembering to take two separate pills.

Common side effects associated with the use of the combination were dry mouth, constipation and dyspepsia. Since antimuscarinic drugs reduce the bladder contractions, there was a fear that solifenacin may cause retention of urine in the bladder as a side effect. In the NEPTUNE studies however, urinary retention was not a common side effect and was reported only in 1.1% patients. It must be noted that patients with features of bladder outlet obstruction (post-void residual urine ≥ 150 ml) were excluded from the study.

Thus, according to the NEPTUNE study, the fixed dose combination of tamsulosin and solifenacin appears to be a good option in patients complaining of both, problems with urinary storage as well as with voiding. Further larger studies are required to establish the use and safety of the combination in these patients.

Obstructive Uropathy
Obstructive uropathy is a condition where urine cannot flow outside due to an obstruction along the urinary tract, due to a number of possible causes.
READ MORE