A study reveals an increase in cardiovascular mortality with proton pump inhibitors. However, further studies are required to validate the findings.

Proton pump inhibitors (PPIs) are medications that work by reducing the amount of stomach acid to relieve symptoms of acid reflux or gastroesophageal reflux disease (GERD) as well as for treatment of peptic and stomach ulcers. It is estimated that as high as 113 million PPI prescriptions are filled annually and as a group PPIs constitute more than $13 billion in sales worldwide.


Some studies have shown that PPIs reduce the efficacy of the antiplatelet agent clopidogrel in patients with a history of acute coronary syndrome (ACS), which is typically prescribed for the risk reduction of subsequent ischemic events. One of the mechanisms in which PPIs cause increase in major adverse cardiovascular events (MACE) in patients with ACS is by inhibiting the clopidogrel-activating liver isoenzyme, CYP2C19. Thus, PPIs interfere with the anti-clotting capacity of clopidogrel, thereby potentially increasing the risk for coronary thrombosis and myocardial infarction.


Past research suggests the association of cardiovascular risk with the use of PPIs including in patients who are not taking antiplatelet agents as well as those without any vascular disease. Hence, a systematic study was undertaken to explore the association of PPIs and cardiovascular risk in general US population by using a novel and recently validated data-mining approach for pharmacovigilance. The study authors analyzed multiple electronic medical record datasets as well as examined a prospectively followed clinical cohort.

Two sources were used for the data mining analysis, out of which the primary source was from Stanford and a secondary source from Practice Fusion, as well as one prospective source for data analysis. The authors also examined the relation between PPI use at enrollment and cardiovascular mortality in GenePAD (the Genetic Determinants of Peripheral Arterial Disease) study.

Presence of GERD was used to define baseline population who were divided into two study groups. The primary study group consisted of patients taking PPIs, which included a subgroup of patients on clopidogrel. The second group had patients who were on H2 blockers or H2B (such as cimetidine, famotidine, nizatidine, and ranitidine) for the treatment of GERD. Controls were selected from the baseline population using propensity score matching.

The researchers studied over 16 million clinical documents on 2.9 million individuals to examine whether PPI usage was linked with cardiovascular risk in the general population.

At the end of the study period, the authors found an association between PPI use and risk of MI in the population of patients treated for GERD in the two independent data sets. These results were independent of clopidogrel use as well as any age-related risks.

Patients using PPIs were found to have a 1.16 fold increased association (95% CI 1.09-1.24) with MI. Results of survival analysis in the prospective cohort demonstrated a two-fold (HR = 2.00; 95% CI 1.07-3.78; P = 0.031) increase in cardiovascular mortality event. The study also did not find any correlation between MI and patients treated with H2 blockers for GERD in the same dataset.

Thus the study reveals an increase in cardiovascular mortality with PPIs, whereas no such associations were identified with H2B use. The study authors stipulate that PPIs could possibly cause this risk via an unknown mechanism that does not directly involve platelet aggregation.

One of the major limitations of the study was that it wasn't able to take into account factors such as obesity and insulin resistance. There was also a possibility that PPIs were prescribed for angina, which was misdiagnosed as acid reflux.

The findings of the study along with the preclinical results show a need for further investigation.

Proton-Pump Inhibitors Increase the Risk of Heart Attack by 20%
Popular OTC antacids for treating heartburn, like Prilosec, are linked to a 20% higher risk of heart attack, while H2 blockers showed no such association.
READ MORE

Big No to Combining Blood Thinners With Acid Reflux Tablets After a Heart Attack
Combo of heartburn drugs and Blood thinners after a heart attack could be lethal as per a recent study.
READ MORE 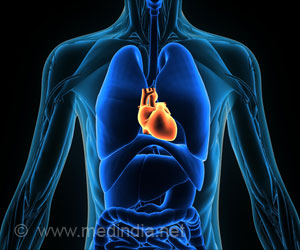