Perivascular fat attenuation index (FAI) measured by CT imaging can be an effective tool to detect and monitor coronary inflammation and risk of coronary artery disease, according to a recent study published by scientists at University of Oxford. The study appeared in Science Translational Medicine.
Perivascular Fat Imaging to Predict Coronary Artery Disease Risk

The authors of the study believe that perivascular fat imaging is superior to currently available methods for the following reasons To overcome the gaps in the existing tools, the research team has developed an imaging technique that measures the size and quantity of the fat surrounding the coronary arteries and calculate the perivascular fat attenuation index (FAI) that occurred in response to coronary inflammation. Since this tool identifies early CAD, appropriate interventions may help in preventing progression or may even reverse the CAD.

The FAI remained stable in those with stable plaques but increased around unstable lesions preceding a cardiac event.


‘Perivascular fat attenuation index can be used to monitor development and progress of coronary artery disease and to differentiate stable from unstable atherosclerotic plaques.’


Another notable finding was that the FAI was much higher immediately adjacent to the inflamed artery and lowered (although still high) a short distance away suggesting that paracrine stimuli from the vessel wall may play a role.

The findings of the study suggest that inflammation reduces perivascular fat accumulation leading to a higher FAI and local vascular stimuli play a part in these processes.

"Our heart arteries are surrounded by fat. The fat detects inflammation, becoming more watery and less fatty as it sits next to an inflamed artery," said Charalambos Antoniades, a senior author on the paper at the University of Oxford.

Scope of The Study And Perivascular Fat Imaging Test

"By detecting those individuals who don't have narrowings, but are in the process of developing them, we may deploy interventions early enough to prevent heart disease. For example, we could deploy [cholesterol-lowering] statins in patients who don't meet the current criteria," Antoniades said.

"The key advantage of this method is to be able to detect early changes in blood vessels that precede cardiovascular disease," said Caitlin Czajka, an associate editor at Science Translational Medicine.

In conclusion, according to Keith Channon, a study author and senior researcher at the University of Oxford, "We are very excited and proud of our findings. This has really been the holy grail of the management of coronary artery disease, which has, up until this point, not been possible."

Lutein In Greens Helps Fight Inflammation in Heart Disease Patients
Lutein is a type of carotenoid found in green leafy vegetables and has anti-inflammatory effect in those with heart disease.
READ MORE 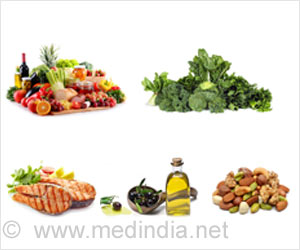 Endometriosis May Increase Womens Risk for Coronary Heart Disease
Endometriosis is the most common cause of infertility among women and its prominent symptoms include painful menstrual cramps and pelvic pain.
READ MORE