Overeating Beef Jerky and Hot Dogs can Cause Manic Episodes

People, who were hospitalized for an episode of mania, were unexpectedly found to have consumed nitrate-cured meats three times more than people without a history of a serious psychiatric disorder.

The findings of the Johns Hopkins Medicine study were published in Molecular Psychiatry.

Nitrates are chemicals that are used to cure meat like beef jerky, salami, hot dogs and other processed meat snacks. The current study links the consumption of nitrate-cured meats to developing an abnormal mood state called mania that is a symptom of mental illnesses like bipolar disorder and schizoaffective disorder.
Overeating Beef Jerky and Hot Dogs can Cause Manic Episodes

"Future work on this association could lead to dietary interventions to help reduce the risk of manic episodes in those who have bipolar disorder or who are otherwise vulnerable to mania," says lead author Robert Yolken, M.D., the Theodore and Vada Stanley Distinguished Professor of Neurovirology in Pediatrics at the Johns Hopkins University School of Medicine.


‘A survey of participants admitted in a hospital with or without symptoms of mania revealed that the former group had more than three times the odds of eating nitrate-cured meats than the latter group, indicating that nitrate could be an environmental factor involved in causing the condition.’


The research team said that their new study adds to evidence that certain diets and potentially the amounts and types of bacteria in the gut may contribute to mania and other disorders that affect the brain.

One to three percent of the population of the United States is estimated to have bipolar disorder.

Yolken and colleagues collected demographic, health and dietary data on 1,101 individuals aged 18 through 65 with and without psychiatric disorders between 2007 and 2017. About half of the participants were female, of which the same number of participants were Caucasian and 36 percent identified themselves as African-American.

The records between 2007 and 2017 were analyzed which revealed that
Nitrates which have been previously linked to some cancers and neurodegenerative diseases could be the suspect in this case too and could explain the occurrence of mood states such as mania.

Yolken collaborated with Kellie Tamashiro, Ph.D., associate professor of psychiatry and behavioral sciences, and M.D./Ph.D and his students from Johns Hopkins to get to the bottom of the nitrate-mania association.

Study - Impact of Nitrates on Rats

Mania is a complex neuropsychiatric state and more than one factor is known to cause it. There are genetic vulnerabilities and environmental factors that are likely involved in the emergence and severity of bipolar disorder and associated manic episodes.

This study says that nitrate-cured meat could be one environmental player in mediating mania among the multiple factors involved. The authors say it is still too early to take any clinical messages from the results.

A recent study by Yolken's group showed that when people with bipolar disorder are given probiotics (known to change the composition of gut bacteria) after a manic episode, they are less likely to be rehospitalized in the following six months.

"There's growing evidence that germs in the intestines can influence the brain," says Yolken. "And this work on nitrates opens the door for future studies on how that may be happening." Further studies will focus on how much cured meat boosts one's risk of mania. 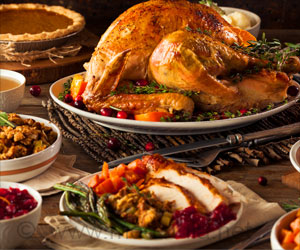