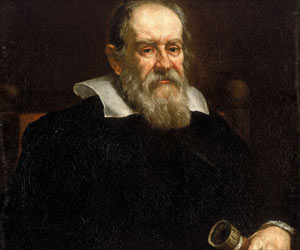 Arthritis is a chronic inflammatory condition with no known etiology. While the synovial membranes of joints are mainly prone to damage, it can also lead to extra-articular tissues in the eye, skin, lungs, heart and peripheral nerves. Arthritis has been closely correlated with the incidence of eye conditions like inflammation of the uvea (uveitis) and inflammation of the sclera of the eye (scleritis).

The famous Italian astronomer, physicist and philosopher Galileo Galilei presented several correlated disorders in his lifetime of which chronic arthritic pain and bilateral blindness were most significant.


Italian researchers Zanatta, Zampieri, Bonati, Liessi, Barbieri et al, conducted a series of anthropological and radiographic analyzes on the fifth lumbar vertebra of Galileo owned by Padua University. The objective was to achieve a new diagnostic hypothesis of correlation between reactive arthritis and uveitis.


‘The famous Italian astronomer, physicist and philosopher Galileo Galilei suffered from recurrent bouts of arthritis which eventually turned to uveitis and bilateral blindness.’


The researchers used multimodal materials and methods to advance their hypothesis. Using Galileo's letters and other personal and historical documents, they hypothesized that he must have been suffering from reactive arthritis. A study of his fifth lumbar vertebra provided information on the pathologies he suffered in his lifetime. Researchers used osteological measurements to confirm their hypothesis.

Measurements indicated that the vertebra was normal without any significant disease from an anthropological point of view. Digital radiography and computed tomography indicated mild arthrosis correlated with a small osteophytosis (outgrowths of bone tissue). In Galileo's case, the immune rheumatic disease or reactive arthritis led to bilateral blindness due to a pannus (abnormal layer of fibrovascular tissue) restricting the pupils (uveitis).

The above findings indicate that Galileo was suffering from reactive arthritis Galileo used to suffer from recurrent bouts of arthritis which eventually turned to uveitis and bilateral blindness.

During his lifetime, Galileo led a merry life. He was a big eater, drinker and sexually active. When he was 29 years of age, he suffered from a severe illness which he held responsible for his subsequent ill-health. In the early summer of 1593, Galileo and his friends spent a weekend in a villa of Costozza near Vicenza of Count Camillo Trento. After a meal and wine with friends, he slept in a room known as "Sala dei Venti" or wind room. This room was constantly cooled by air circulating through large ventiducts from the nearby caves. Galileo and his friends woke up with high fever, cramps, chills, hemorrhages, headache and fatigue. Two of them died. Galileo survived but remained deaf for almost a year.

When it comes to Galileo's blindness, he was diagnosed by a Roman surgeon Giovanni Trulio via a letter document. With the help of this document, the researchers were able to hypothesize uveitis and correlate it with his rheumatic disorder. The blindness was evident from Galileo's signature which became uncertain and shaky.

The hypothesis of blindness due to uveitis is most plausible as it also explains the arthritic pains suffered by Galileo. This reactive arthritis is usually correlated to three inflammatory conditions: conjunctivitis, urethritis and arthritis. The researchers also hypothesize that Galileo might have suffered urethritis due to venereal disease.

According to the researchers, this reactive arthritis could have been triggered by a Chlamydia pneumonia infection during the illness episode in the wind room. This evolved into chronic arthritis as it is evident by the frequent and long episodes of joint pain which Galileo often complained. Recurrent arthritis ultimately led to uveitis and bilateral blindness.
References : 1. Thiene, G. & Basso, C. (2011). Galileo as a Patient. The Inspiration of Astronomical Phenomena VI ASP Conference Series, Vol. 441 Enrico Maria Corsini, ed. Retrieved on 30 October 2015 from http://adsabs.harvard.edu/full/2011ASPC..441...73T

3. Scleral Inflammations: An Update. (2013). Published by All India Ophthalmological Society.