While there are treatment options for migraine, they often fail to work for patients. However, a new drug called erenumab may provide relief for patients for whom all other treatment options have failed, according to the preliminary study results presented at the American Academy of Neurology's 70th Annual Meeting in Los Angeles.

Migraine is a common neurological disorder that is often difficult to treat. It can cause severe throbbing pain or a pulsing sensation, on one or both sides of the head. A migraine may also be accompanied by nausea, vomiting, and extreme sensitivity to light and sound. It can last for a few hours to a few days and severely affects the quality of life.
New Drug may Provide Relief Against Migraine


The drug tested in this study, Erenumab, is a monoclonal antibody that blocks pain signals by targeting a receptor for a peptide that transmits migraine pain signals called calcitonin gene-related peptide (CGRP). Erenumab binds to this receptor which CGRP would normally bind to and thereby blocks pain signals.

The study included 246 people who had episodic migraine. The participants were given injections of either 140 milligrams of erenumab or a placebo once a month for a three month period. Thirty nine percent of the study population had been treated unsuccessfully with two other medications, thirty eight percent with three medications and twenty three percent with four medications. The participants on average, experienced nine migraine headaches a month.


‘Erenumab reduced the average number of monthly migraine headaches by more than 50 percent.’


"The people we included in our study were considered more difficult to treat, meaning that up to four other preventative treatments hadn't worked for them," said study author Uwe Reuter, MD, of The Charité - University Medicine Berlin in Germany. "Our study found that erenumab reduced the average number of monthly migraine headaches by more than 50 percent for nearly a third of study participants. That reduction in migraine headache frequency can greatly improve a person's quality of life."

"Our results show that people who thought their migraines were difficult to prevent may actually have hope of finding pain relief," said Reuter. "More research is now needed to understand who is most likely to benefit from this new treatment." 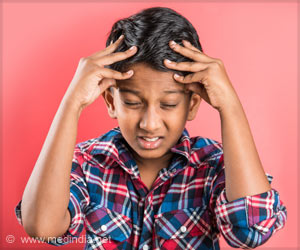 Needle-less Treatment Lowers Frequency of Migraine in Kids
Sphenopalatine ganglion block can be performed easily, without complications, and gives quick pain relief and can improve the quality of life.
READ MORE

Headache | Cephalgia - Migraine
Migraine is a recurrent condition, which may or may not be accompanied by a headache. In many people it is a triad of headache, nausea/vomiting and 'aura'.
READ MORE