A naturally occurring antibiotic may be the cure for drug-resistant tuberculosis, say a team of scientists from Newcastle University and its spin-out company Demuris Ltd.

Many strains of the TB-causing bacteria - Mycobacterium tuberculosis - have developed resistance to the first-line antibiotic treatment for TB, rifampicin. Rifampicin-resistance is the resistance of the TB bacteria to rifampicin with or without resistance to other anti-TB drugs.


‘Researchers have taken their first step towards developing a new, effective drug treatment for patients with drug-resistant tuberculosis in whom disease treatment is difficult.’

Hopefully, this compound and the enhanced understanding gained from these studies may lead to effective new drug treatments in the future.

The findings of their study have been published in the journal Molecular Cell.

Rifampicin acts by binding to a groove of an enzyme known as RNA polymerase (ribonucleic acid polymerase) on the bacteria. RNA polymerase is the enzyme that synthesizes RNA, a molecule essential in various biological roles like coding, decoding, regulation, and expression of genes. If any mutations or changes occur in the amino-acid sequence of the RNA polymerase, the binding is prevented, while the making of RNA goes on.

The structure of Kanglemycin A is such that it binds to the same groove and also just outside the groove with the help of some extensions. This kind of attachment allows it to maintain its affinity or liking to the rifampicin-resistant RNA polymerase and antibiotic activity in rifampicin-resistant bacteria.

Professor Nikolay Zenkin, from Newcastle University's Institute for Cell and Molecular Biosciences who led the study, said: "Treatment of TB involves a cocktail of antibiotics administered over many months, and resistance to several key antibiotics is becoming a major public health problem around the world. Our findings are very exciting and the first step towards developing a new, effective drug treatment for patients with rifampicin resistant TB to prevent fatalities in the future."

The research team screened more than 2,000 extracts from filamentous soil bacteria to find out if they could inhibit cell growth or prevent the production of RNA.

The team used chemical, biophysical, molecular biology and microbiological methods, as well as X-ray crystallography to show how kanglemycin A binds to its target RNA polymerase, inhibits the enzyme's mechanism and thus continues to stay activeagainst the drug-resistant bacteria.

X-ray crystallography was used to characterize the interactions of kanglemycin A with RNA polymerase.

The results from this study will help to accelerate approval of kanglemycin A for use in patients with TB, after its safety and efficacy have been proved in the clinic. Kanglemycin A's approval will provide a rationale for the further development of new antibiotics to combat drug-resistant Mycobacterium tuberculosis.

Rifampin
This medication is a rifamycin antibiotic, prescribed for tuberculosis ...
READ MORE 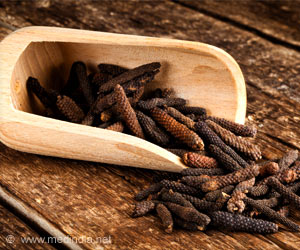