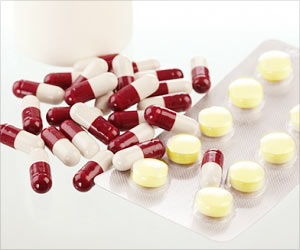 A meta-analysis and trial sequential analysis of randomized controlled trials is planned which would comprehensively summarize the current evidence of effect of bisphosphonates on cancer recurrence.

For a cancer patient, every day is a challenge and survival is the ultimate victory! And to make matters worse, sometimes the same cancer could possibly come back where it first started or somewhere else in the body. This is known as recurrence, and for some this second cancer diagnosis could cause more shock and distress than the first one. Bisphosphonates are drugs used to slow the progression of or prevent bone damage in conditions such as osteoporosis and are often prescribed to prevent bone loss caused by malignancies. Drugs belonging to this group include alendronate, risedronate, ibandronate, pamidronate, clodronate and zoledronic acid. Several studies have indicated that bisphosphonates may also prevent recurrence of cancer, as well as spread of cancer to the bone (bone metastasis).


Even though several meta-analyses conducted in the past have assessed the role of bisphosphonates in reducing risk of cancer recurrences, they only studied a particular type of cancer and many studies have evaluated only a particular type of bisphosphonate. In addition to this, it is currently unclear whether the effects hold true for less common cancers and whether they differ at different follow-up time etc.


A meta-analysis is a statistical study that combines data from several clinical trials. The meta-analysis that has been planned will include patients diagnosed with any primary cancer and without evidence of any relapse before follow-up in original studies. Two reviewers will independently extract data from each study with uniform electronic forms specifically created for this study.

Online databases such as MEDLINE, EMBASE and CENTRAL (Cochrane Central Register of Controlled Trials) will be systematically searched. Other sources of information will include reference sections, citation lists of the reviewed literature, and the websites ClinicalTrials.gov and the Clinicaltrialsregister.eu. The statistical methods that will be used have also been described.

One of the possible limitations of this study would be that currently most of the randomized trials have studied effect of bisphosphonates in early breast cancer and multiple myeloma and there are very limited studies on other forms of cancer.

The authors state that the findings of this meta-analysis would be submitted for publication in a peer-reviewed journal and also presented at relevant national and international conferences.

Bisphosphonates Can Triple Bone Necrosis
Bisphosphonates, can triple the risk of developing bone necrosis, a condition that can lead to disfigurement and incapacitating pain.
READ MORE

Endometrial Cancer - Could Bone Loss Drugs Help?
Enrich your knowledge on endometrial cancer and also read about the new study, which suggests that women who use bisphosphonates can lower their risk of developing endometrial cancer.
READ MORE

Osteoporosis Management in Women - Lifestyle Approach
Osteoporosis is a silent disease until it is complicated by fractures. Manage your osteoporosis through proper nutrition and lifestyle changes.
READ MORE