The study led by Nikos Yiannakouris, Associate Professor at the Department of Nutrition and Dietetics at the Harokopio University of Athens, found that women who followed a Mediterranean diet had a 65-68% greater likelihood of achieving a successful pregnancy and birth compared to women who did not adhere to the Mediterranean diet.

The research team recruited 244 women for the study and assessed their diet before they underwent IVF treatment. The participants were aged between 22-41 with a body mass index (BMI) of less than 30 kg/m2. The study focused on dietary patterns rather than individual nutrients, foods or food groups.


‘Women hoping to get pregnant should follow a healthy diet, such as the Mediterranean diet, as it helps in chances of a successful pregnancy and delivering a live baby.’


A questionnaire was used to assess the frequent consumption of certain groups of food in the preceding six months. The results of the dietary pattern were given a MedDiet Score, which ranged from 0-55. Higher the MedDiet Score, greater the adherence to the Mediterranean diet.

The participants were divided into three groups based on their MedDiet Score. The first group had scores between 18 to 30, the second group between 31-35 and the third group between 36 to 47.

Among the participants below 35 years of age, every five-point improvement in the MedDiet Score was linked to 2.7 times higher likelihood of achieving a successful pregnancy and live birth. However, the research team did not find any association between diet and the chances of successful pregnancies and live births among women older than 35 years. The researchers believe that this could be due to hormonal changes, fewer available eggs and other factors that could influence the environmental factors.

"It should be noted that when it comes to conceiving a baby, diet and lifestyle are just as important for men as for women. Previous work from our research group among the male partners of our study has suggested that adherence to the Mediterranean diet may also help improve semen quality. Taken together, these findings highlight the importance of dietary influences and diet quality on fertility, and support a favorable role for the Mediterranean diet on assisted reproduction performance," said Prof Yiannakouris.

The findings of the study cannot be generalized to all women trying to conceive, nor obese women or women attending infertility clinics. The study points that a Mediterranean diet is only linked to improved IVF outcomes and they cannot show that it causes the improved chances of pregnancy and birth.

The favorable effect of the Mediterranean diet was evident only among women younger than 35 years does not mean that eating a healthy diet is not as important for older women. The results suggest that the need for additional research not only among older women, but also among obese women and those conceiving naturally, said Prof Yiannakouris.

"Our findings provide support that couples undergoing infertility treatment may benefit by adhering to the Mediterranean diet. However, whether or not advice to adhere more closely to this traditional diet would improve assisted reproduction, performance needs to be addressed in future intervention studies. Moreover, our results should be explored and confirmed in other populations within and beyond the Mediterranean region. More research and intervention studies are needed to elucidate the role of diet quality in assisted reproductive performance, to reveal underlying mechanisms, and for developing nutritional guidelines for women to further improve fertility treatment and success rates," said Prof Yiannakouris.

Globally, more couples face infertility problems and seek access to assisted reproduction technologies to conceive. It is essential for them to receive counseling on the importance of diet and healthy lifestyle for conception. 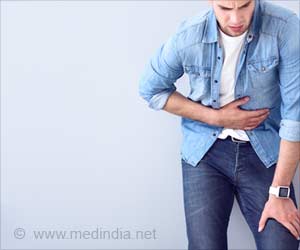 Mediterranean Diet Can Reduce The Use Of Reflux Medications
Consuming a plant-based, Mediterranean-style diet with alkaline water can reduce reflux symptoms by 90-95%, much better than proton pump inhibitors (PPI).
READ MORE

IVF Pregnancy Success Rates Depend On Uterine Microbiota
Bacteria in the uterine cavity play an important role in the implantation and pregnancy success rates of in vitro fertilization.
READ MORE