A recently published study in PLoS Medicine shows that handwashing with soap and regular nail clipping in children can reduce the chances of intestinal parasitic infection or infestation. Regular handwashing also significantly reduces anemia in children.

Statistical studies have confirmed that intestinal parasitic infections are highly endemic among children of school-going age especially in places where resources are limited. The use of preventive measures is necessary to reduce the impact of the infections and infestations especially in these regions.


Parasitic infections include protozoan infections like amebiasis and giardiasis, and helminthic or worm infestations. These have been correlated with various conditions such as growth deficits, malnutrition and poor performance in school. Human infections with various parasites may lead to reduced intake of food and nutrients, intestinal blood loss and red blood cell destruction by the spleen, thereby resulting in anemia. They may also result in abdominal pain, diarrhea, intestinal obstruction, intestinal ulcers and many other health problems

Parasitic infections are treated with medications. However, drug therapy only offers temporary elimination of the infection and there are chances of reinfection especially in those areas where intestinal parasites are more prevalent.

Complementary approaches are necessary to remove complete dependence on drug therapy and to bring about a more sustained effect over a long term. The primary route through which parasitic infection spreads is the fecal-oral route. Thus, the long-term preventive interventional strategy should be aimed at reducing reinfection and transmission. This can be achieved by providing safe and adequate supply of drinking water, improvement of environmental sanitation, and inculcating good hygiene and sanitation practices such as hand washing with soap, and washing and cooking vegetables thoroughly.

One of the primary vectors carrying the intestinal parasites are human hands. Hence, it is of utmost importance to wash hands with soap to prevent the spread of parasitic infections. Dirty and untrimmed nails are also associated with an increase in susceptibility towards acquiring parasitic infections. It is important to clip nails regularly and keep the skin below the nails clean.

A recent study conducted in Ethiopia assessed the impact of handwashing and nail clipping in preventing parasitic reinfection and its effect on anemia in children between the ages of 6 and 15 years. The children were provided soap, taught the correct method of handwashing and instructed to wash their hands before preparing and eating meals, after defecation, after playing on the ground, after cleaning an infant who had defecated, before feeding infants, or at any other time when their hands got unclean. Nail clipping was done for the children every week by the field workers.

The children were followed up for 6 months, at the end of which they had to undergo a stool test for parasitic infection and a blood test to detect anemia.

The researchers found that the interventions of hand washing with soap and regular nail clipping every week led to a significant reduction in the rate of reinfection with intestinal parasites.

Handwashing with soap also reduced anemia prevalence by improving hemoglobin levels in children. Anemia was also reduced by weekly nail clipping, but not to a significant extent. Another study has demonstrated that hand washing along with dietary modification improves the hemoglobin levels significantly. Thus, if dietary modifications with iron-rich food was also provided to the children, there is a possibility that the result would be more significant.

Good handwashing has been claimed to be the first line of defence against the transmission of parasitic and other infections. Children should be properly educated about the correct technique of hand washing. It is preferable to wash hands with lukewarm water. Soap should be used and lathered for about 20 seconds especially between the fingers, below the nails and the wrists and then washed off with water. Once clean, the hands should be well dried with a clean towel.

Regular handwashing with soap and weekly nail clipping in children can also reduce the spread of infection in the community. This will have a huge impact on the overall health of the children in the community. Therefore, handwashing with soap and nail clipping should be promoted as a public health measure and instruction and education regarding the correct way of hand washing should be given.

Malnutrition is the Overriding Cause of Child Deaths
Nearly 3 million children die every year of malnutrition-accounting for nearly half of all child deaths under 5.
READ MORE 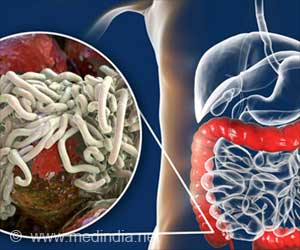 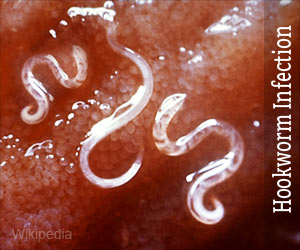 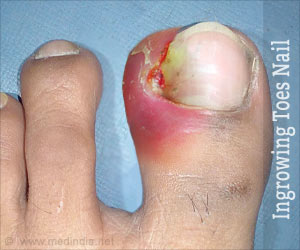 Ingrown Toe Nails
An ingrown toenail or onychocryptosis, is a common condition affecting toe nails. It is commonly seen to affect the big toe nail and usually resolves on its own.
READ MORE 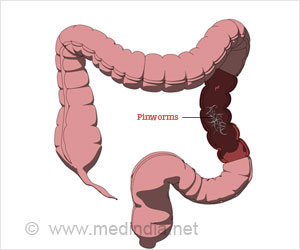 Pinworm Infection
Pinworm infection is one of the most common human intestinal parasitic infections. It is spread via the fecal-oral route, and the main cause is poor hygiene.
READ MORE