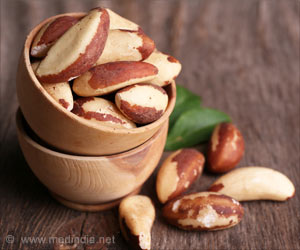 A daily dose of fibers, vitamins and minerals are not the only reasons you should consume nuts! Just a few nuts in your daily diet can boost your general health and well-being.

The creamy Brazil nut which is actually a seed, is high in calories, but packed with loads of health benefits such as vitamins, antioxidants and minerals. Most of the health benefits of Brazil nuts are due to its selenium content. Selenium (Se) is a mineral known for its antioxidant and anti-inflammatory properties, shielding our body from the harmful effects of free radicals, thus protecting us against many cardiovascular diseases.


Brazil nuts are also rich in protein and fiber, which help control hunger and lose weight. It also plays an important role in the proper functioning of the thyroid gland.


Reactive oxygen species (ROS) production is part of the human metabolism process which is taken care of by the antioxidant system of the body. Lipoxygenases are responsible for catalyzing the oxygen incorporation in polyunsaturated fatty acids, thus considered a main production source of ROS. Increase in ROS vascular production could be a risk factor for atherosclerosis.

A study was undertaken to evaluate the beneficial effects of the various bioactive compounds in Brazil nut on hypertensive and dyslipidemic patients. One hundred and twenty five hypertensive and dyslipidemic patients were included in the randomized, placebo-controlled, double-blind crossover trial after a thorough screening process at the Clinic of Atherosclerosis and Cardiovascular Disease Prevention of the National Institute of Cardiology, Rio de Janeiro, RJ, Brazil.

Patients were given 13 gms per day (~227.5 μg/day of selenium) of partially defatted granulated Brazil nut or 10 gms daily of placebo for a period of twelve weeks with a 4 week wash out interval. Granulated Brazil nut was preferred over Brazil nut kernel, since it has high Se content comparatively.

Only 91 patients reportedly completed the study and it was found that a larger part of this study group was elderly population (about 57.1 %). At baseline, anthropometric, laboratory and clinic characteristics were evaluated. At the beginning and end of each intervention, plasma selenium (Se), plasma glutathione peroxidase (GPx3) activity, total antioxidant capacity (TAC), oxidized LDL levels were also measured.

No change was found in anthropometric and clinical parameters after 12 weeks of placebo and Brazil nut dietary interventions, as the diets were similar at the beginning or the ending periods.

An increase in GPx3 activity by 24.8% was observed in granulated Brail nut group along with a modest reduction in oxidized LDL by 3.2%. However for total plasma antioxidant capacity and 8-epi PGF2α, no statistical difference was found in the two groups.

The present study showed that the partially defatted granulated Brazil nut (13 g/day, providing 227.5 μg selenium) in a serum lipid and blood pressure reduction diet for dyslipidemic and hypertensive patients, increased antioxidant status and reduced oxidative stress. Thus, granulated Brazil nut can be recommended as part of a healthy diet for the heart, since it has the potential to increase plasma selenium, increase enzymatic antioxidant activity of GPx3 and to reduce oxidation in LDL in hypertensive and dyslipidemic patients.

The study had some limitations such as a relative short intervention period, heterogeneity of the patient population and also the carry-over effect with respect to the plasma selenium concentrations. 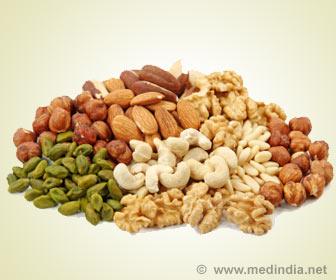 Selenium Rich Foods
Selenium is a trace mineral needed by the human body. There are many natural sources of selenium that range from vegetables to meats to nuts and grains.
READ MORE