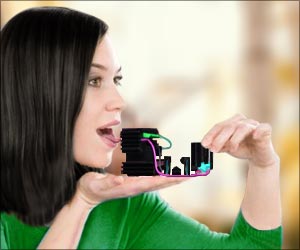 Technological advancements have surpassed our wildest imaginations-there's no denying that. However, here's something that is bound to leave you dumbstruck and speechless-you may now be able to sample foods prepared from your favorite celebrity chefs (we're talking Nigella Lawson, Gordon Ramsay and Jamie Oliver), right from the comfort of your home-from your TV!

With the help of this amazing new technology, you may now be able to taste the foods prepared by your food idols.

A team of researchers led by a Sri Lankan origin scientist Nimesha Ranasinghe have now developed a special electrode which can replicate sweet, salty, bitter and sour tastes when placed on the tongue. This new marvelous discovery doesn't just limit itself to producing sensations of taste-it also introduces small changes in temperature to modify and enhance the taste experiences of the user.


According to Dr Ranasinghe, this system would, in the future, allow television viewers to share their meals online too!

Currently, this team of researchers is now working on developing another unique creation-a digital lollipop, which will allow users to experience the sweetness of the candy without adding on the calories and thereby reducing the risk of putting on weight and affecting their dental health.

"Digital taste is a technology for digitally simulating the sensation of taste," Dr Ranasinghe explained. "It uses two methods-electrical stimulation and thermal stimulation to stimulate the tip of the human tongue non-invasively in order to produce primary taste sensations such as salty, sour, sweet, bitter."

While previous attempts by scientists at developing "taste TV", having similar motives was unsuccessful, this new technology allows tastes to be sent digitally without the use of expensive chemical interfaces.

"Using chemicals in an interactive system is unrealistic since a set of chemicals is difficult to store and manipulate. Furthermore, the chemical simulation of taste is analogous in nature, making it impractical to use this approach for digital interactions," Dr Ranasinghe added. "Therefore, it is evident that a new non-chemical approach is required to achieve digital control over the sensation of taste."

Apart from adding the fifth taste, the savoury "umami" tang, the researchers will also be focusing on digitally replicating the smell and texture effects to make the "taste TV" experience wholesome.

So will this new technology move beyond tasting and help individuals get healthier? Yes, it seems so.

"People with diabetes might be able to use the taste synthesizer to simulate sweet sensations without harming their actual blood sugar levels. Cancer patients could use it to improve or regenerate a diminished sense of taste during chemotherapy," Dr Ranasinghe believes.

Study Highlights Advances Made in Understanding Bitter Taste Which Could Improve Medicine Acceptance in Children
Study highlights the recent advances made in the scientific understanding of bitter taste and has paid special attention to the sensory world of children.
READ MORE

Animals Avoid Inadvertent Consumption of Poisons Due to Bitter Taste
Most animals avoid eating bitter things in order to prevent eating something that could be poisonous via taste receptors, known as Tas2r.
READ MORE 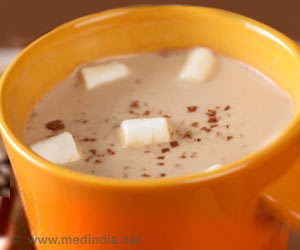 Color of the Cup Enhances Taste of Hot Chocolate
The cup in which you drink your favorite beverage makes all the difference in taste, says new study!
READ MORE