Artificial intelligence (AI) is the creation of machines and computers that can learn to perform tasks, just as we humans do. The University of Cambridge has put the spotlight on this important topic which, with adequate legislation and responsible use, could make life much simpler!
Artificial Intelligence (AI) is Here to Stay


Artificial intelligence is slowly invading our lives. Today, we have devices around us that play the songs that we would like to hear, play chess with us at a level that we are comfortable, give us an instant translation, or make our shopping list on a voice command! Self-driving vehicles are a reality today, at least in limited spaces. The humanoid robot Sophia, a combination of robotic hardware, artificial intelligence software, speech recognition and artificial skin material, is the first ever robot to have been granted citizenship by a country, namely Saudi Arabia. We may not be too far from a situation akin the one in Star Wars, where humans and robots may be walking on the streets alongside, carrying out daily chores!


‘The responsible use of artificial intelligence could change the face of the earth for the better.’


The use of artificial intelligence, however, is meant to have much wider implications than just improving our daily conveniences. Climatic changes can be predicted based on the analysis of the vast data already available. The mechanical and repetitive work in factories earlier done by humans can be done by robots, thus reducing the need for manpower, reducing errors, and improving the speed of production. In the judicial system, artificial intelligence could be used to go through numerous judgements and advise the judiciary on a particular case. Based on previous data, computers could advise the police if a criminal is likely to be a repeat offender or not.

Artificial intelligence has also penetrated the healthcare system, which is today characterized with overworked healthcare professionals, frustrated patients and disorganized hospitals. While it is already being used in some areas, artificial intelligence has several potential uses that need to be further developed. Healthcare records provide a huge amount of data. They record the symptoms of patients, the probable diagnosis and the prescribed treatments. This data can be managed and used by artificial intelligence systems to suggest possible treatments for minor ailments, especially in areas without adequate healthcare facilities. A virtual nursing assistant can be fed the data on symptoms and diagnostic test results, and it can be taught to raise an alarm when the patient needs to visit the doctor. This will avoid unnecessary visits and reduce the load on the healthcare system.

Artificial intelligence can help individuals with lost functions to lead near-normal lives. For example, a person who loses sight will be able to get information by voice command. Robots can be used to provide medical assistance to the elderly and other home-bound individuals. Efforts are being made to develop robots that can understand human emotions and match the personality of their users.

Artificial intelligence could be very useful in healthcare research. The analysis of large amounts of data could provide information about which patients are likely to benefit from a particular treatment, or in which patients it should not be used. Health trackers can also provide a lot of personal data, which can be used to personalize treatment for better outcomes. Artificial intelligence could also be used in drug discovery to sift to large amounts of data and identify molecules that could be developed into drugs.

Recent advances in mathematics and computer science have boosted the progress of artificial intelligence in a big way. They have created sophisticated algorithms that help machines learn, analyze complex data and predict the future. Machines are being taught to focus on specific problems to improve their efficiency in solving them. Large amounts of data are being generated that can be used to improve individual experiences. Today, most adults carry a mobile phone with an internet connection. The phone constantly picks up data from wherever we go - about where we shop, what we shop, whether we are caught in traffic, among others. Online shopping also creates a large amount of data about our preferences. All this data is fed to the computer to analyze. Today's supercomputers are armed with high power and extremely fast processing speeds, which can analyze complex data with ease.

Like for anything new, several concerns have been raised about artificial intelligence. For example, if machines are going to do everything, what are humans going to do? Artificial intelligence is mainly designed to help humans by doing tasks that humans cannot do or would like to avoid doing. Repetitive and manual tasks, which may sometimes be too dangerous or impossible for people to do (like carrying very heavy weights or walking into a battle area) can be carried out by machines. Analysis of vast data, which is extremely difficult to carry out manually, can be done quite easily with the help of artificial intelligence. Robots can perform duties faster and with lesser errors. As far as human jobs are concerned, there will always be new types of jobs created, especially in the creative field, which robots cannot do. All we need to do is to keep reinventing ourselves.

The security of the data that is subject to analysis is critical. The entire data that has been collected has to be extremely secure, and available to authorized users only through methods like face recognition. Hacking into the data could be an invasion into the privacy of the individual. The governments, in association with technical experts, should take every precaution to secure the data. Laws and regulations should be made to defer individuals from taking advantage of the data. A culture of responsibility should be promoted among individuals and organizations involved in artificial intelligence. As cyber-attacks become more and more complex, it is necessary for cybersecurity to be a couple of steps ahead to make software and hardware less hackable. An even more dangerous situation is the misuse of artificial intelligence by rogue states, criminals and terrorists. New weapons may be invented that can cause mass destruction, which can be launched with machines or drones and do not even need human presence. Ethical issues are also being raised - what if artificial intelligence exceeds human intelligence? This is something that has to be given due thought. The machines should be human friendly-they should support humans, have high moral ground and be transparent in their working.

For now, it appears that artificial intelligence is here to stay and make our lives simpler. It is up to us to use it responsibly for the benefit of mankind! As Stephen Hawking put it, "The rise of powerful AI will either be the best or the worst thing ever to happen to humanity."

Artificial Intelligence Technology To Analyze Kidney Disease
The computer model helps analyze kidneys and detect the severity of the disease especially in areas with a limited medical facility.
READ MORE 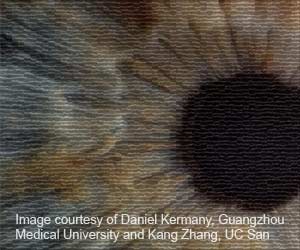