Anti-Parkinson's disease drug Carbidopa found to have anti-cancer effects and could emerge as potential anticancer drug in the future, according to a recent study at the Texas Tech University Health Sciences Center in the USA.

The findings of the study appear in the Biochemical Journal, and could probably explain why the incidence of several cancers, except melanoma is lower in persons with Parkinson's disease.
Parkinson's Disease Drug Carbidopa has Anticancer potential


"Carbidopa is an FDA-approved drug for treating Parkinson's disease. Hence, clinical trials can be conducted right away to evaluate its efficacy in humans as an anticancer drug," explained lead study author Dr Yangzom Bhutia from Texas Tech University Health Sciences Center in the USA.

Carbidopa As Anticancer Agent - The Advantages

Carbidopa is an FDA approved drug to treat Parkinson's disease. It has been proven to be safe and well tolerated. Thus it would be relatively easier to explore the role of this drug to treat cancer, while significantly reducing the time, effort and money that would otherwise be required to be spent in investigating a totally new drug.


‘Carbidopa is an FDA approved drug used in Parkinsons disease and further studies to assess its anticancer properties should be carried out to establish its role as an anticancer agent.’


Professor Aideen Sullivan from the University College Cork is a Parkinson's disease expert who was not involved in the research. When asked about the current study, she commented: "With increasing interest in the re-purposing of drugs, to reduce costs and time needed to get a drug to market, it is timely for investigators to explore the potential anticancer properties of anti-Parkinson's therapies."


Testing the Efficacy of Carbidopa as Anticancer Agent

" Pancreatic cancer, especially the pancreatic ductal adenocarcinoma, is the most lethal of all cancers with a dismal survival rate," commented Bhutia. "Carbidopa as an anti-cancer agent to treat pancreatic cancer would be something truly amazing."

"Interestingly, no one has previously suspected carbidopa as a potential player in this phenomenon," said Bhutia. "Carbidopa is never used by itself as a drug for any disease. But our data show that carbidopa by itself possesses the anticancer effect. We believe that the reduced incidence of most cancers in Parkinson's disease patients is due to carbidopa."

Safety Aspect of Carbidopa - Found to be Safe

The standard dose of carbidopa for Parkinson's disease patients is 200 mg/day, although, even a dose as high as 450 mg/day, has been found to be free of side effects. This study was not carried out in humans; nevertheless, the dose of carbidopa given to mice, which inhibited tumor growth was equivalent to a dose of less than 400 mg/day in humans, which is considered to be safe for patients.

Mechanism of Action of Carbidopa

The aryl hydrocarbon receptor (AhR) protein plays a critical role in cancer and stimulation of this protein appears promising to treat several including breast, colon and pancreatic cancer. Bhutia and team demonstrated that carbidopa activates AhR and believe this may account, at least in part for its anticancer properties.

The author of an accompanying commentary to the research article Professor Stephen Safe, Texas A&M University, remarked: "This receptor was initially identified as the critical target that mediates the toxicity of "dioxin" and related compounds; however, results of this study with carbidopa and several other reports are demonstrating that the AhR is a therapeutic target not only for cancer but many other diseases."


About Carbidopa - In Brief

L-Dopa has been used to treat PD symptoms, but associated with several adverse effects including nausea. This is because only a very small amount of the drug (5-10%) enters the brain, while the rest of the drug is converted to dopamine in other parts of the body, resulting in undesirable side effects.

Carbidopa is given along with L-Dopa to prevent the peripheral conversion of L-Dopa to dopamine i.e. in tissues outside the brain. Fortunately, carbidopa does not enter the brain and therefore does not interfere with L-Dopa effect in the brain.

Parkinson's disease is a neurodegenerative disorder affecting movement and motor skills. Symptoms include shaking, stiffness and difficulty in walking. It occurs due to reduced dopamine production by neurons in the brain. Currently, there is no cure and treatments aim to reduce symptoms.

In conclusion, if carbidopa is approved as an anticancer agent, it would be good news for cancer patients as well as treating physicians. However, it would be important to first establish the effectiveness of carbidopa in specific cancer types and conduct clinical trials. 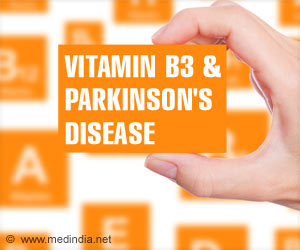 Niacin May Help Treat Early-onset Parkinson's Disease
Unhealthy mitochondria, one main cause of Parkinson's disease due to hereditary reasons can be treated with Vitamin D3 or niacin.
READ MORE

Neutropenic Sepsis
Neutropenic sepsis is a potentially life-threatening condition when a patient with low neutrophil counts develops an infection that spirals out of control if not treated urgently and is usually seen in cancer patients on chemotherapy.
READ MORE