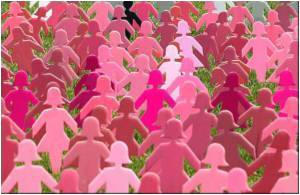 
According to both Garcia and Schneider, current testing is slow and expensive because of the complications of working with blood, saliva, urine and other biological fluids.


Garcia, a professor at the School of Biological and Health Systems Engineering, one of Arizona State University's Ira A. Fulton Schools of Engineering, said: "Such samples are complex mixtures that require sophisticated instruments capable of mixing a sample with antibodies or other biological reactants to produce an accurate positive or negative reaction."

He and Schneider, a bioengineering graduate student researcher, have come up with a testing method that uses common light-emitting diodes (LEDs) and simple micro-eletronic amplifiers rather than more technologically intensive and costly lasers and robotics that enables the patient sample itself to act in concert with a rudimentary, low-cost testing device.

Both Garcia and Schneider have demonstrated that super-hydrophobic surfaces can shape blood, saliva, urine and other fluids into round drops. The drops can focus light and quickly mix and move micro-particles and nano-particles that can be examined to reveal a specific infectious agent or protein.

Super-hydrophobicity is a property of materials that repel water, such as ducks' feather or leaves of the lotus plant. Such materials are used commercially in textiles, building materials and surface coatings.

The new device operates by placing a drop of nano-particles or micro-particles on top of a drop of a patient fluid sample on a super-hydrophobic surface. The surface has a small depression that holds the liquid sample in place so that it forms a spherical drop.

The drop acts as a lens due to surface tension. An LED is shined on the drop and the drop shape focuses the light into an intense beam measured by a second LED.

This leads to the self-mixing action that speeds up the diagnostic process so that detection can occur in less than two minutes, he said.

Garcia and Schneider have built several laboratory prototype devices based on the design and have demonstrated how they can be used for an overall health diagnosis.

Development of the device was sparked during Schneider's studies for his doctoral degree, as he experimented with shining an LED on a drop of liquid resting on a super-hydrophobic surface.

The research results have been posted on the web site Nature Precedings.

With the repeated and more frequent spread of infectious diseases around the globe, it's becoming more critical to have good diagnostic systems in poor countries so proper treatment can be provided rapidly - and so that there is a global early-warning system to alert the public if new and significant outbreaks of disease emerge, Garcia said.

To help accomplish that, Garcia and Schneider are teaming with nano-technology experts Vladimiro Mujica and Manuel Marquez.

They hope to establish collaborations with Latin American universities, government leaders and entrepreneurs to develop the new diagnostic device.

IPhone Application can Alert Users to Swine Flu, Infectious Diseases
A new iPhone application, which enables users to track and report outbreaks of infectious diseases, such as H1N1 (swine flu), on the ground in real time has been introduced by Apple.
READ MORE

Shared Effort Needed to Prevent Spread of Infectious Diseases
Everyone should share responsibility for preventing the spread of diseases like swine flu, SARS, avian influenza, diarrhoeal and skin diseases, and even the common cold, according to a report.
READ MORE