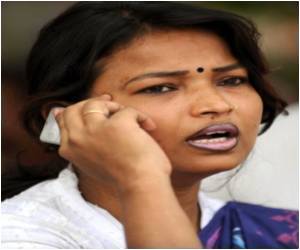 To tackle the problem of excessive radiation emitted from cell towers, the Department of Telecommunications (DoT) is in the process of finalizing tougher norms.

Ex-advisor to the DoT, Ram Kumar, who also served on the panel of the inter-ministerial committee on electro-magnetic field (EMF) radiation, said that one of the new norms would involve reducing the permissible limit for emitting radiation.

Although India follows the International Commission for Non-Ionising Radiation Protection (ICNRIP), a German independent body's guidelines set for exposure to radiation, experts say that these need to be updated since they are not as stringent as they need to be.

Study Disproves the Illness Caused by Mobile Phone as Baseless

There is no evidence that mobile phone masts cause fatigue, anxiety or headaches, says a study on possible effects of cell phones.
Advertisement

Meanwhile, after several cancer deaths caused by electromagnetic radiation (EMR), citizens and experts gathered at a meeting arranged by the Bombay Telephone User's Association (BTUA),  to share their knowledge and concern over the issue, 'Radiation Health Hazards from Cell Towers: Myth or Reality'. They hope to make the government aware of public opinion and the possible action of a public litigation, and take effective action soon.

Residents in northwest Delhi's Shalimar Bagh are demanding the demolition of a mobile phone tower, alleging that electromagnetic radiation from it poses a threat to their lives.
Advertisement
<< Popular Drugs Banned
Military's Culinary Revolution >>